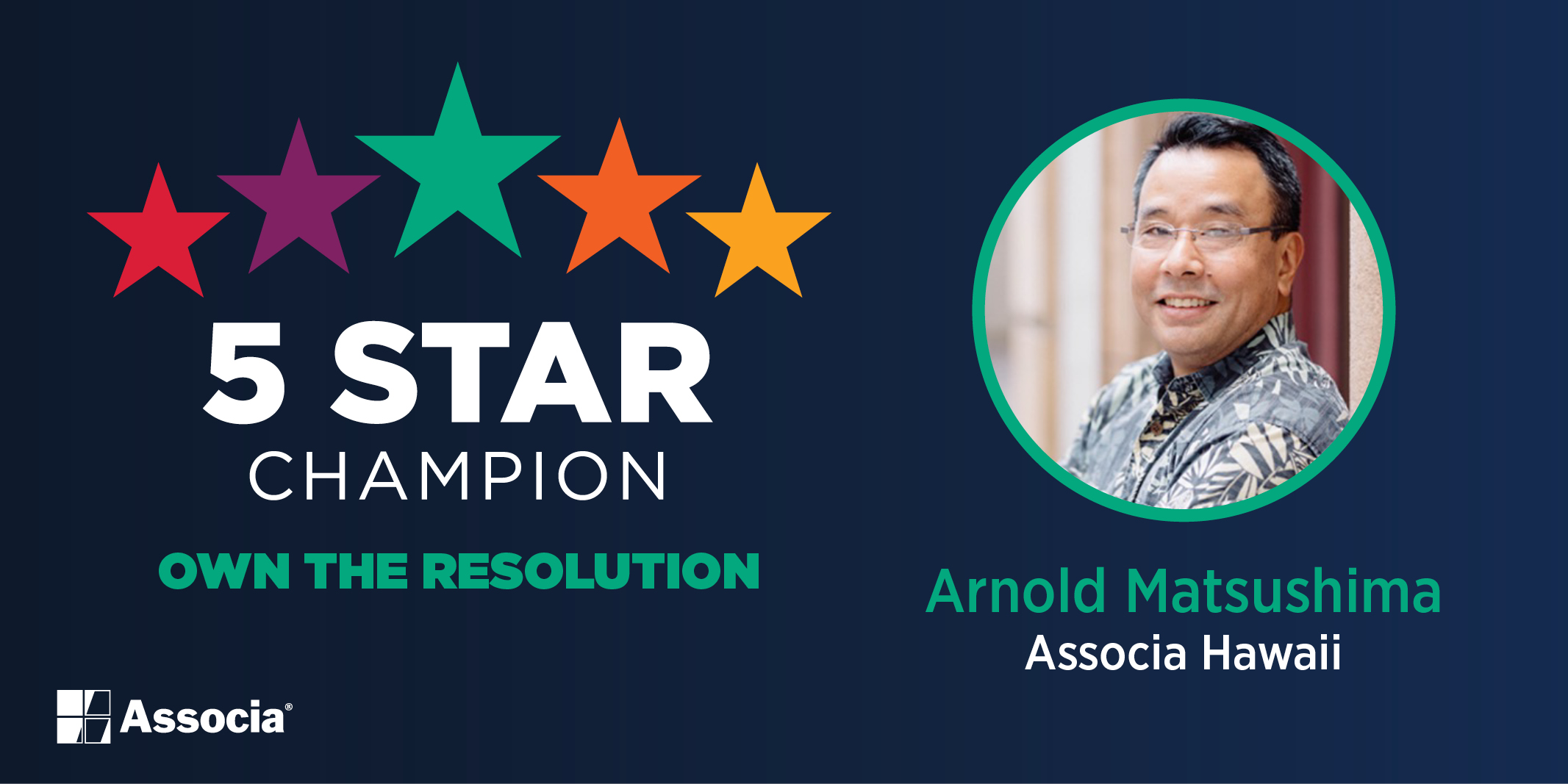 Nomination by Phyllis Kacher and Bernie Briones: Arnold successfully transitioned more than 30 new management accounts during the pandemic, including Maui's #1 prime commercial association located at the gateway to Maui's Kahului Airport. Maui Business Park II is home to Lowes, Costco, Target, BMW, Lexus and Hawaii's only Krispy Kreme, so it is a prime location! Associa Hawaii was awarded not one but two contracts from the board, representing management fees of nearly $90,000 per year, but we only two weeks lead time to transition the account! Arnold, assisted by Associa family members Pauli Wong, Neil Ross, Bernie Briones, James Giangarra and Malia Josue, literally hit the ground running. We can all attest to seeing Arnold actually running in the office to attend to numerous teleconferences with the developer, the outgoing managing agent, and with Associa team members. The successful transition of this client, in addition to 30 more new accounts during 2020 to date, plus the myriad of Arnold's many other job responsibilities, truly make Arnold a 5 Star Champion!