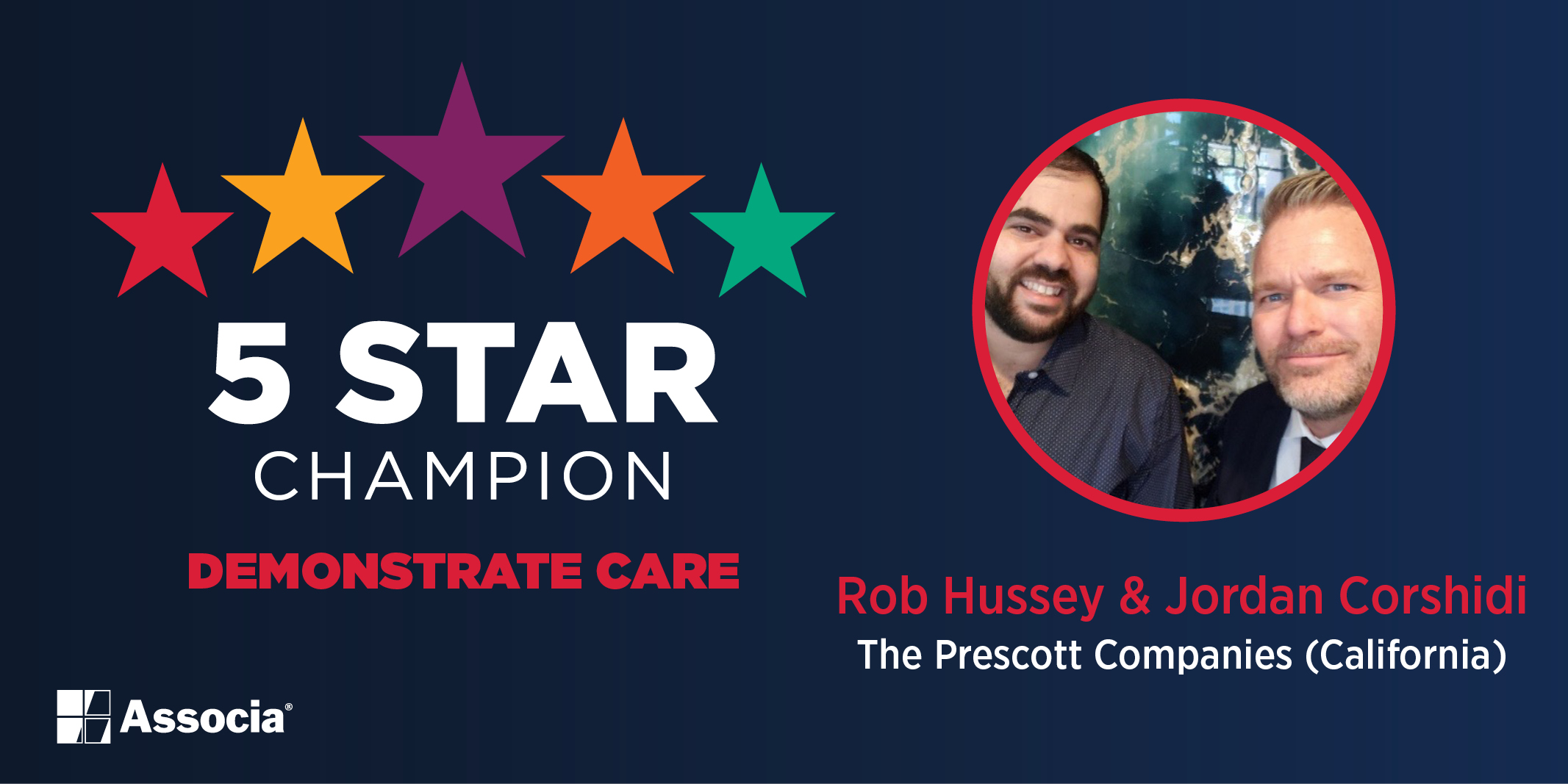 Nomination by Jessica Williams: General manager, Rob Hussey, and assistant general manager, Jordan Coshidi, went above and beyond for a vulnerable resident at Park Place. Jordan was at the lobby desk when he noticed a resident leaving the building. Jordan is highly observant and strongly focused on serving the Park Place community members.  He noticed that a resident was leaving alone, something he thought was unusual as she and her husband always came and left together. After a short while, her husband realized she was missing and began driving and walking around outside the building. Finally, he alerted Jordan and Rob that she was missing, and Jordan let him know which direction she had walked. Jordan also located a security camera picture of the resident using the elevator to provide a current description to the police. After Jordan’s shift ended, he drove the area looking for the missing resident with her husband. With no luck in finding her, they headed back to Park Place to call the police to report her missing. While her husband was up in their unit calling the police, Rob and Fabio (facilities manager) went out on the streets by foot in the surrounding areas to look for the missing resident themselves and they found her! The Park Place team went beyond their many work responsibilities to help return a missing resident home safely. We want to commend this awesome team for going above and beyond in showing care!