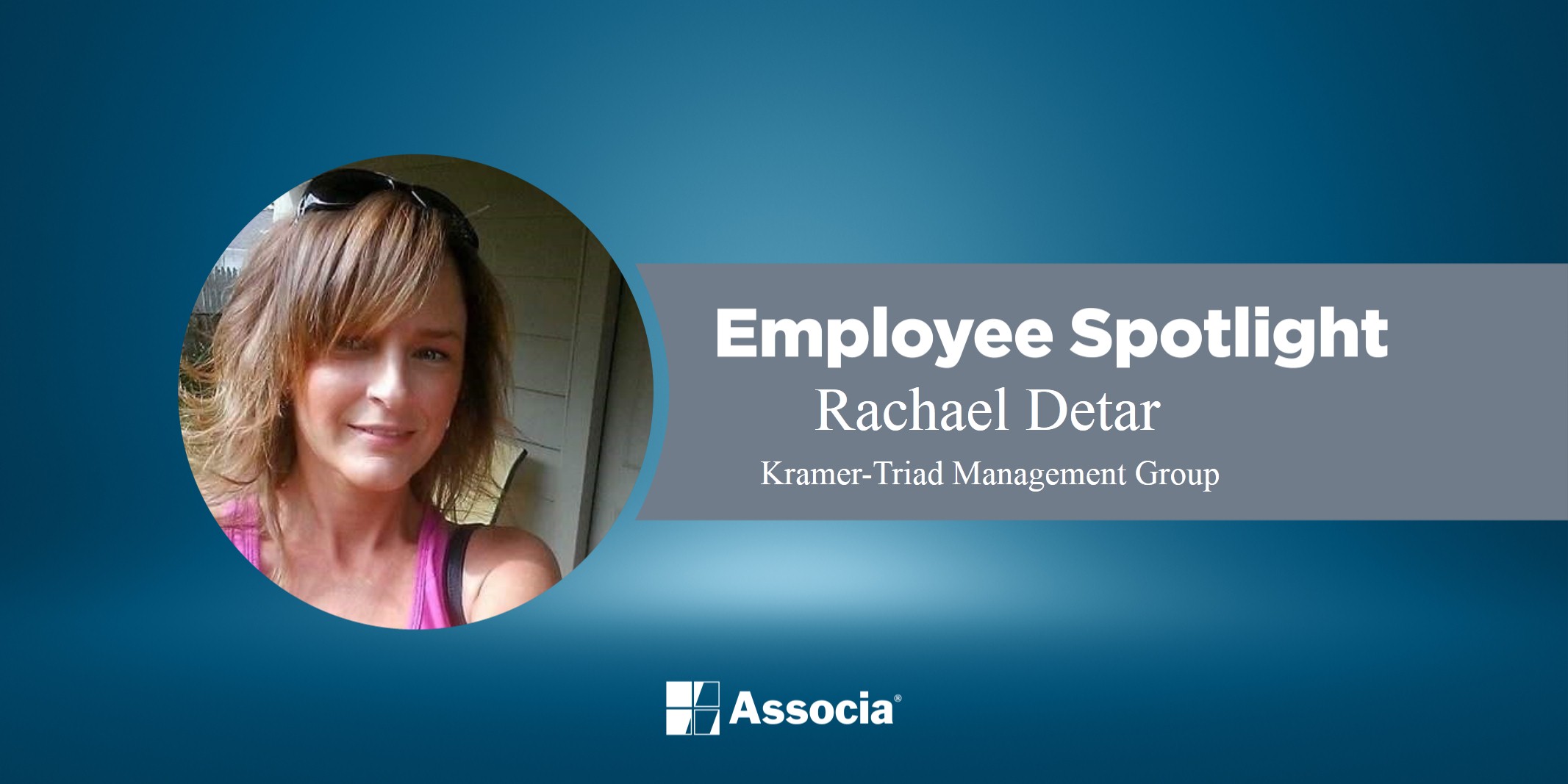 Associa’s number one value is Family Spirit, and Rachael Detar of Kramer-Triad Management embodies it to the core. She was recently driving home from a board meeting when a car began to cut into her lane. She swerved, but she was still struck by the other vehicle. But that didn’t faze Rachael. “When I looked in my rear view mirror, I will never forget what I saw. I knew she was having a medical emergency.  She crossed all lanes of traffic, went over the curb onto the sidewalk, just barely missing utility poles and brick walls, and into a small tree.  Her car was running with her foot on the accelerator, windows up and her doors locked because the car was engaged in drive.  She was unconscious and appeared to be struggling to breathe.”

Rachael knew she had to get the woman out and sprang into action with another passerby, who happened to be a retired police officer. “We decided to break out the rear driver’s side window so I could reach in to get her door unlocked, her vehicle out of drive and just be there with her until paramedics arrived.  He checked her vitals while I held her hand and kept encouraging her to hold on.  She would open her eyes briefly and look at me but was unable to talk.  She would slip back under and then come to again repeatedly. I just wanted to keep maintaining eye contact with her so that I knew she was fighting to hold on and so she knew she was not alone.  Police and paramedics responded almost simultaneously and took over.  The retired police officer contacted me that evening to let me know ‘our girl’ had a massive seizure but was going to pull through just fine.”

We asked Rachael what made her stay by the woman’s side, and she said it was an easy decision. “When I first looked through that car window all I could think of was my mom.  I knew somewhere this woman belonged to somebody who loves her.  I could not imagine being conscious one minute and waking up crashed into a tree without comprehending how it had even happened.  To me that would be confusing and extremely terrifying.  I wanted her to know help was on the way and that I wasn’t leaving her side until they got there.  I only did what I hope anyone would do for anyone in that situation.”

Rachael has been with the Associa family for nearly 16 years, and she says everyone on her team would have responded to that accident the same way. “The sense of family in our office is amazing.  If you cry, we cry.  If you celebrate, we celebrate. If you have a battle, we rally beside you. I have been through so much in the 16 years I have been with this company, good and bad.  My company has seen me through every new chapter of my life with support and encouragement.”

Though she wasn’t familiar with our industry at the time she joined the Associa family, she certainly is now. Rachael has worked her way up from an administrative position to Community Director of the Kramer-Triad Troy office. We are proud of Rachael for not only the hard work she brings each day to Associa, but also her dedication to her community and neighbors. She truly understands family spirit.