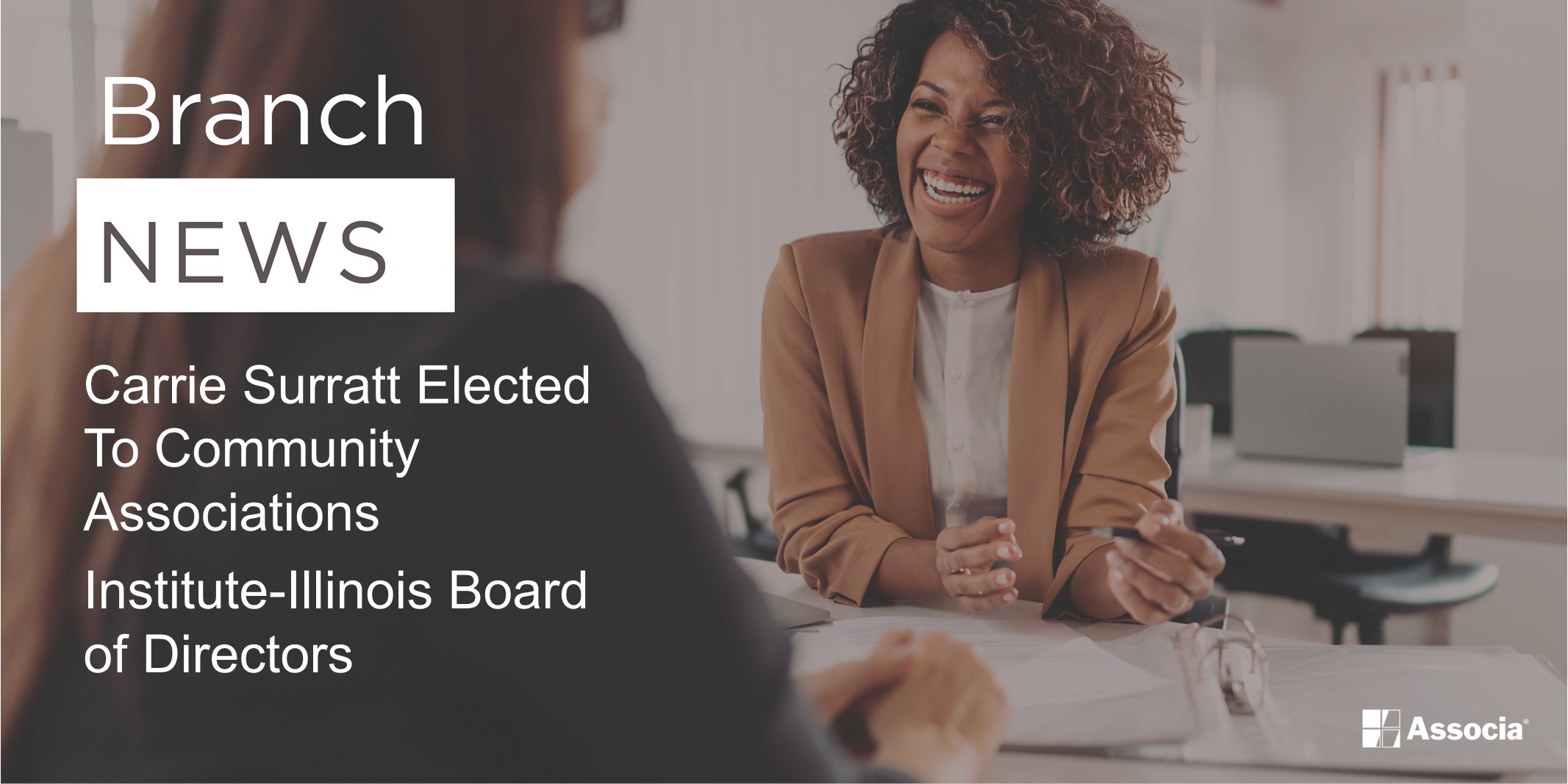 Chicago, IL — May 24, 2022 — Associa Chicagoland, a leading provider of community management services throughout Illinois and Northwest Indiana, is proud to announce that one of the company’s community association managers, Carrie Surratt, CMCA®, AMS®, PCAM®, has been elected to a three-year term on the Community Associations Institute-Illinois (CAI) board of directors. Mrs. Surratt has been involved with the chapter since 2000. She joined the Education Committee in 2008 and served on the Conference & Education Committee for several years beginning in 2011, including five years as the committee’s co-chair from 2012 to 2016.

Mrs. Surratt has more than 20 years’ community association management experience and currently serves as a portfolio manager with Associa Chicagoland. She began her career as an administrative assistant and advanced to the position of community association manager. After managing property portfolios for various firms, she formed her own management company before joining the Associa team. Mrs. Surratt received the CAI-Illinois chapter’s Rising Star award in 2012 and the Olympus award in 2016, which honors members who have had a profound influence on the development of the chapter.

“I’ve had the great privilege of knowing and working with Carrie Surratt for many years,” said Erica Horndasch, CMCA®, AMS®, vice president of business development at Associa Chicagoland. “She is a tireless advocate, and I cannot think of a more qualified or dedicated individual to help advance the goals and objectives of the community management industry.”

With more than 225 branch offices across North America, Associa is building the future of community for nearly five million residents worldwide. Our 11,000+ team members lead the industry with unrivaled education, expertise, and trailblazing innovation. For more than 43 years, Associa has brought positive impact and meaningful value to communities. To learn more, visit www.associaonline.com.