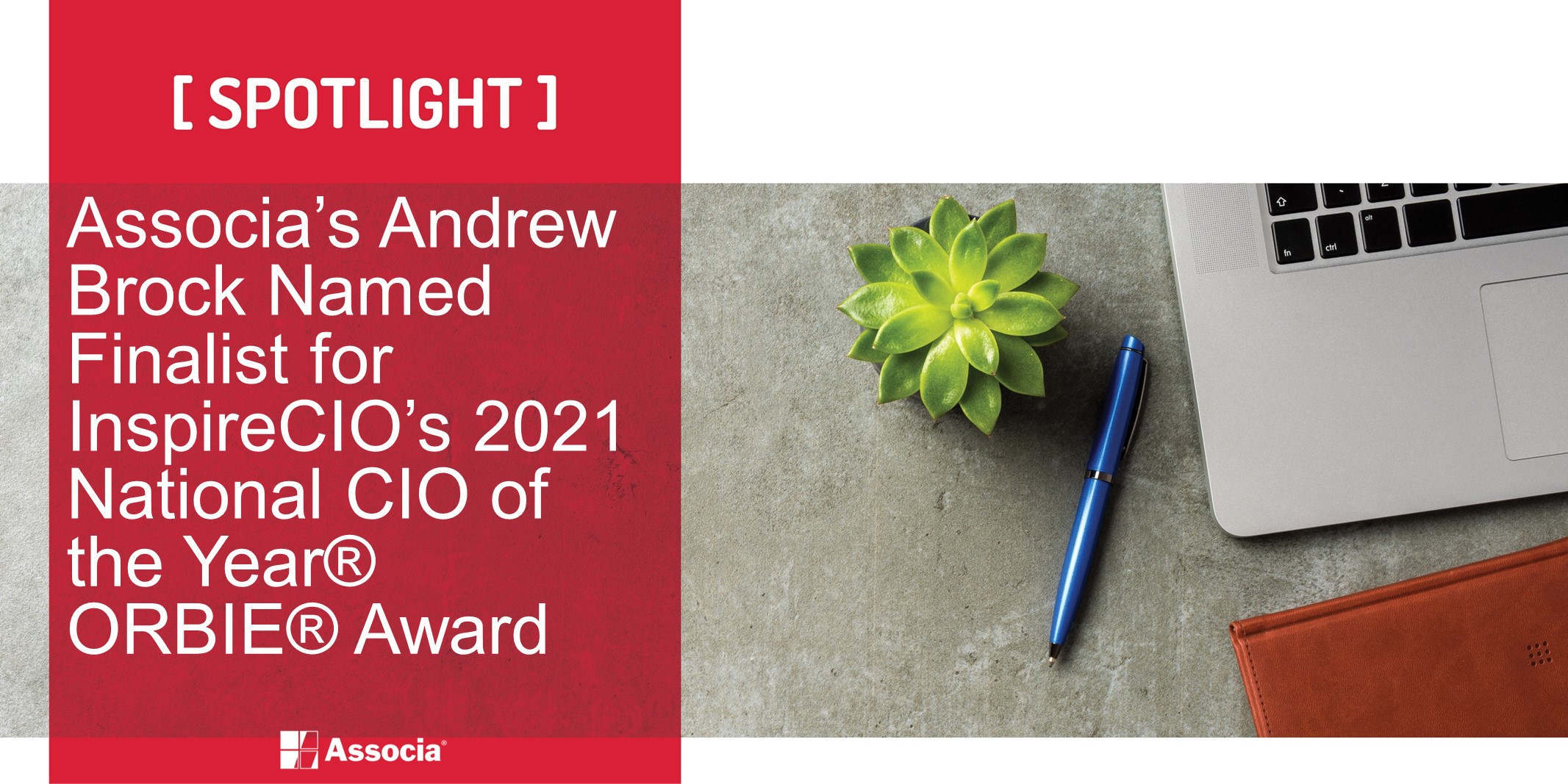 Dallas, TX -- May 11, 2021 -- Associa, the industry’s largest community management company, is proud to announce that Andrew Brock, executive vice president and chief information officer, is a finalist for InspireCIO’s 2021 National CIO of the Year ® ORBIE® Awards.

For more than 20 years, the ORBIE Awards have recognized technology executives for outstanding leadership and the business value created by technology innovation. In 2021, for the first year ever, ORBIE winners of the past two years from chapters across the United States are competing in the National CIO of the Year ORBIE AWARDS. 150 previous ORBIE-winning CIOs contended for the 48 finalist slots. Finalists were selected through an independent peer-review process, led by prior ORBIE recipients. Nominated CIOs are evaluated on leadership and management effectiveness, innovation, and engagement in industry and community endeavors.

Mr. Brock previously won the 2019 Enterprise CIO of the Year® Award from the Dallas CIO Leadership Association. He is a finalist in the Corporate category. The 2021 National CIO of the Year® ORBIE® Award will be announced on July 22, 2021 at the ORBIE Awards program.

Mr. Brock joined the Associa family in 2012 and has since played an integral role in making Associa an industry leader in innovation and technology, including a complete transformation of Associa’s technology department and digital offerings. He spearheaded the company’s enterprise-wide Citrix conversion, launched Associa’s project management office, and led the company’s multi-year transformation project. Mr. Brock manages hundreds of employees and oversees five software development teams in the U.S., Canada, Brazil, and India. Under his leadership, Associa’s IT department has developed a comprehensive technology strategy that has identified critical areas of increased productivity and cost savings, as well as improved revenue. Additionally, Mr. Brock has launched several successful business units that are key to adapting proprietary software and delivering it to the marketplace, including the Client Shared Services and the Digital Services divisions.

“At Associa, we believe that our valued team members are our greatest asset to ensuring success. Andrew’s unwavering leadership and dedication to delivering on our promise to provide one-of-a-kind services to our clients and support our communities across North America is the perfect example of this commitment,” stated John Carona, Associa chairman and chief executive officer. “He has combined an industry focus on driving digital advancements with a commitment to living out Associa’s values that makes him an irreplaceable contributor to our team. Outside of Associa, Andrew also thrives as a trailblazer in the industry and the technology community. We are proud that he has been selected as a finalist for the 2021 National CIO of the Year ® ORBIE® Awards and look forward to celebrating this achievement with him and his team.”

InspireCIO is the preeminent peer leadership network of chief information officers. The InspireCIO Leadership Network is a national membership organization comprised exclusively of CIOs from public and private businesses, government, education, healthcare & nonprofit institutions. Each of the 21 chapters within InspireCIO is led by a CIO Advisory Board, supported by an executive director & staff. Underwriter executives ensure programs remain non-commercial and exclusive to qualified CIOs & members.