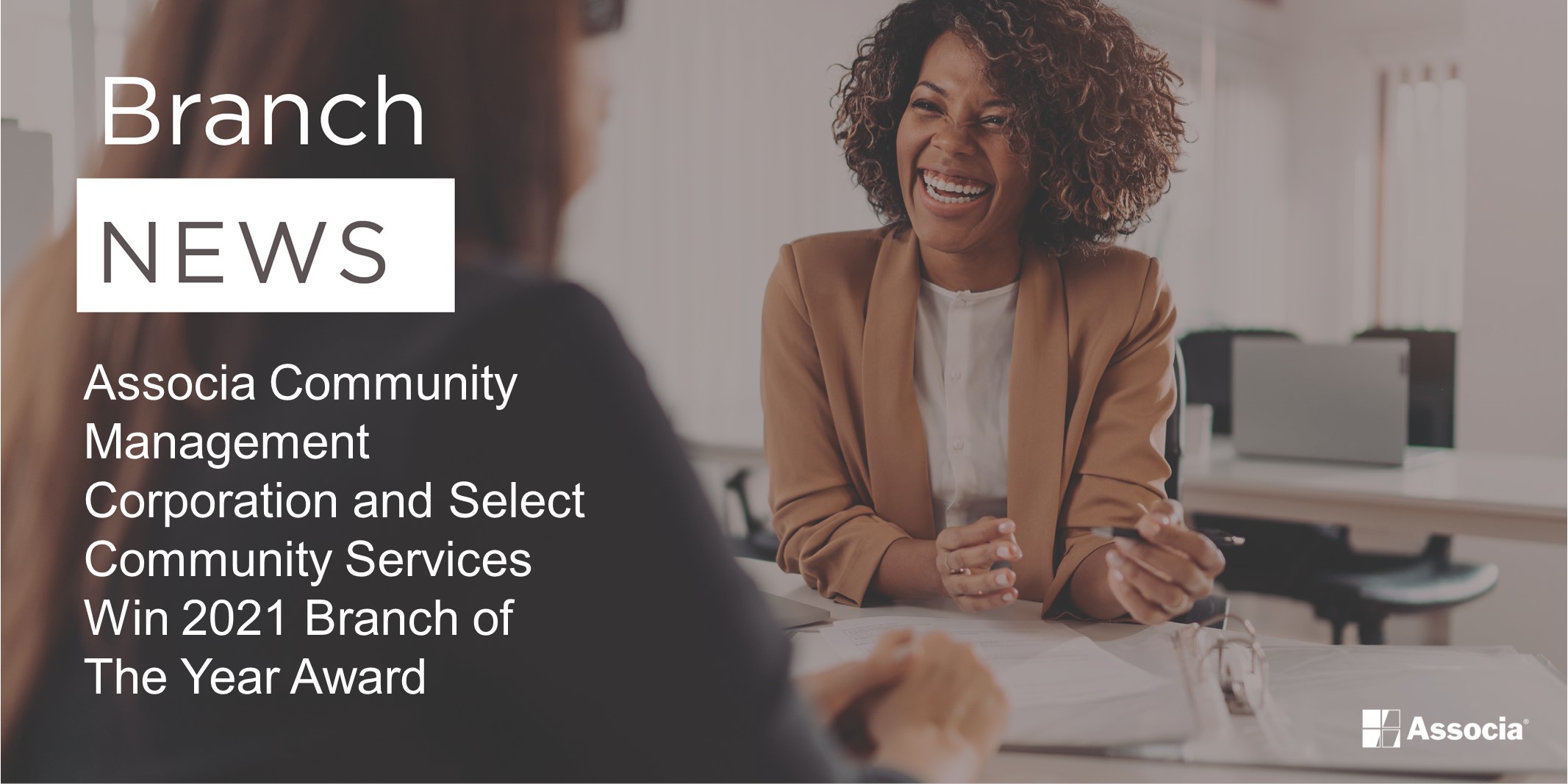 Chantilly, VA — May 17, 2022 — Associa Community Management Corporation (CMC) and Select Community Services (SCS) were recently recognized as Branch of the Year at Associa’s annual Leadership Summit in Dallas, TX. The prestigious award is earned by the company’s top branch each year to recognize its achievements in the areas of Associa’s four pillars of success: employee morale, client growth, client retention, and profitability. The branch was named the overall winner from among 86 Associa branches worldwide.

The 2022 Associa Leadership Summit was held at the Renaissance Dallas Hotel from April 11-13. The three-day conference brought together Associa branches, home office sales, and executive leadership to learn about the company’s plans to continue its growth and evolution in serving the community association management market. Attendees participated in a variety of industry-related presentations and networking events.

“Being recognized as Branch of the Year is a testament to the superior effort and service that we consistently provide to our teammates and external clients on a daily basis,” said John Tsitos, CMCA®, AMS®, PCAM® Associa CMC and SCS branch president. “It’s an honor and a privilege to be recognized by our peers. We will continue to focus on providing outstanding customer service while looking for ways to improve.”

With more than 225 branch offices across North America, Associa is building the future of community for nearly five million residents worldwide. Our 11,000+ team members lead the industry with unrivaled education, expertise, and trailblazing innovation. For more than 43 years, Associa has brought positive impact and meaningful value to communities. To learn more, visit www.associaonline.com.