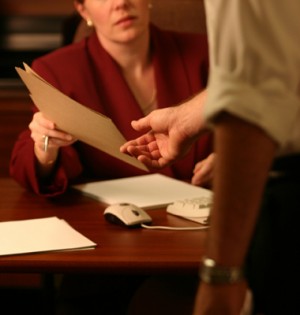 It is important for boards of directors to be aware that conflicts of interest or dualities of interest sometime occur in the course of conducting the business affairs of the homeowner association. The appearance of same can be troublesome – - even if there is in fact no conflict whatsoever. Conflicts occur because the many persons associated with the association should be expected to have, and do in fact generally have, multiple interests and affiliations and various positions of responsibility within the community. In these situations, a person will sometimes owe identical duties of loyalty to two or more organizations.

Conflicts are undesirable because they potentially place the interests of others ahead of the association. Conflicts are also undesirable because they often reflect adversely upon the person involved, regardless of the actual facts or motivations of the parties. However, the long range best interests of the association do not require the termination of all relationships with persons who may have real or apparent conflicts that are harmless to all individuals or entities involved.

Board decisions must be made by disinterested directors. Even the appearance of a conflict of interest should be avoided, if possible, and disclosed if unavoidable.

Directors, who volunteer their services as elected representatives of their fellow homeowners, depend on the board to maintain their investment in real property. Consistent with their duty of loyalty, directors and officers should avoid placing themselves or other representatives of the association in a situation where their personal interest may conflict, or appear to conflict, with the best interests of the association. This rule applies not only to obvious conflict situations where an individual is directly involved in both sides of the transaction, but also in more subtle situations. For example, if a director has a close relationship with a person dealing with the association, the true independence of that director may be subsequently challenged. If an actual or perceived conflict exists, the directors and officers may be required to prove their objectivity and fairness relative to the challenged transaction to avoid liability.

Directors and officers should heighten their sensitivity towards conflict issues. Because individuals typically do not focus on perceived conflicts, frequent inquiries and reminders concerning potential conflict situations are suggested.

Because directors may be involved with other organizations that may have business dealings or affiliations with their association, the following general principles have been established.

Conflicts of interest include situations:

Would a reasonably informed person perceive that the performance of the director’s duties and responsibilities could be influenced by their financial or material interest?

For example, any time a director is also directly engaged in a project sponsored or supported by the association, there is the possibility of an apparent conflict of interest.

The following guidelines direct all actions and decisions regarding potential and actual conflicts of interest in activities sponsored or supported by the association.

Types of Conflict of Interest:

Procedure when a conflict of interest arises:

When in doubt as to whether a conflict exists, advice from legal counsel should be obtained.

Remember, if there is any sign of a conflict of interest, it may completely destroy any defense you may have against a claim or accusation. Better to be safe than sorry. Avoid conflicts and, when in doubt, always disclose.