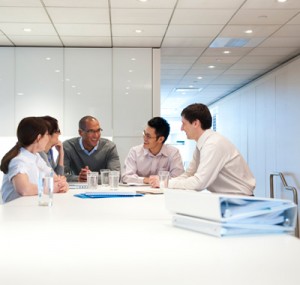 As a volunteer organization, a community association faces the unusual challenge of running a corporation with part-time leadership. Volunteer homeowners have varied experience and limited time to dedicate to their roles. Even with professional managers managing the day-to-day operations of an association, board members are still called upon to fulfill roles for which they do not have the resources (time or experience) and this is where committees can be particularly valuable.

The three types of committees are

Mandatory committees are specifically named in the governing documents. As an example, the Architectural Committee/Review Board is often described in detail in the Declaration.

Within a community association, architectural control is an important component in maintaining the character and quality of a community, and the powers that are given to the architectural body vary significantly from one community to another. In some documents the architectural committee is an advisory body composed of homeowners appointed by the board that makes recommendation to the board of directors. In other communities the board may appoint homeowners to an architectural board that operates independently of the board of directors, with full and final authority to render decisions and make rules but with an appeals process to the association board.

Other mandatory committees that may also be specified in the declaration or bylaws include the Nominating Committee and an Elections Committee. Both play an important part in ensuring that qualified and willing candidates are available for election to vacant board positions at the annual meeting.

The board may also appoint other committees “as the board deems appropriate in carrying out its purpose.” These committees may include a Recreation Committee, Maintenance Committee, Communications Committee, Audit Committee or a Grievance Committee. (The grievance committee has traditionally not been one that attracts droves of volunteers!). Such committees are further distinguished based on whether they are a standing committee or an ad-hoc committee.

Standing committees are often identified in the declaration and/or bylaws of the association, and are considered “function oriented,” e.g. a Budget and Finance Committee serves a clearly defined function in the operation of the association.

In contrast, ad-hoc committees are ”task oriented.” For example, a grounds improvement committee may be established to fulfill the task of planning, researching and coordinating installation of new landscaping at the entrance to a community. Once the task is completed, the ad-hoc committee ceases to exist.

For any committee to be successful, HOA boards and condominium associations should follow some basic steps.

Often overlooked or under-appreciated, committees are the basic building blocks of a healthy homeowners association. For continued success of committees in your community association, be sure to recognize the efforts of the volunteers. It’s important that the board should be prepared to make decisions and act on recommendations brought to them by committees. (Think this through when establishing the committee and defining its purpose). In addition, verify that the association’s insurance covers committee members in addition to board members for errors and omissions as well as fidelity insurance.

Committee member involvement meets the board’s goal of fostering a stronger community in several ways. Aside from fulfilling a specific role in the functioning of the association and addressing an identified need, the committee’s contributions help the board to fulfill its policy-making role more efficiently by allowing board members to receive necessary input and different viewpoints, while remaining focused on their role of governance.