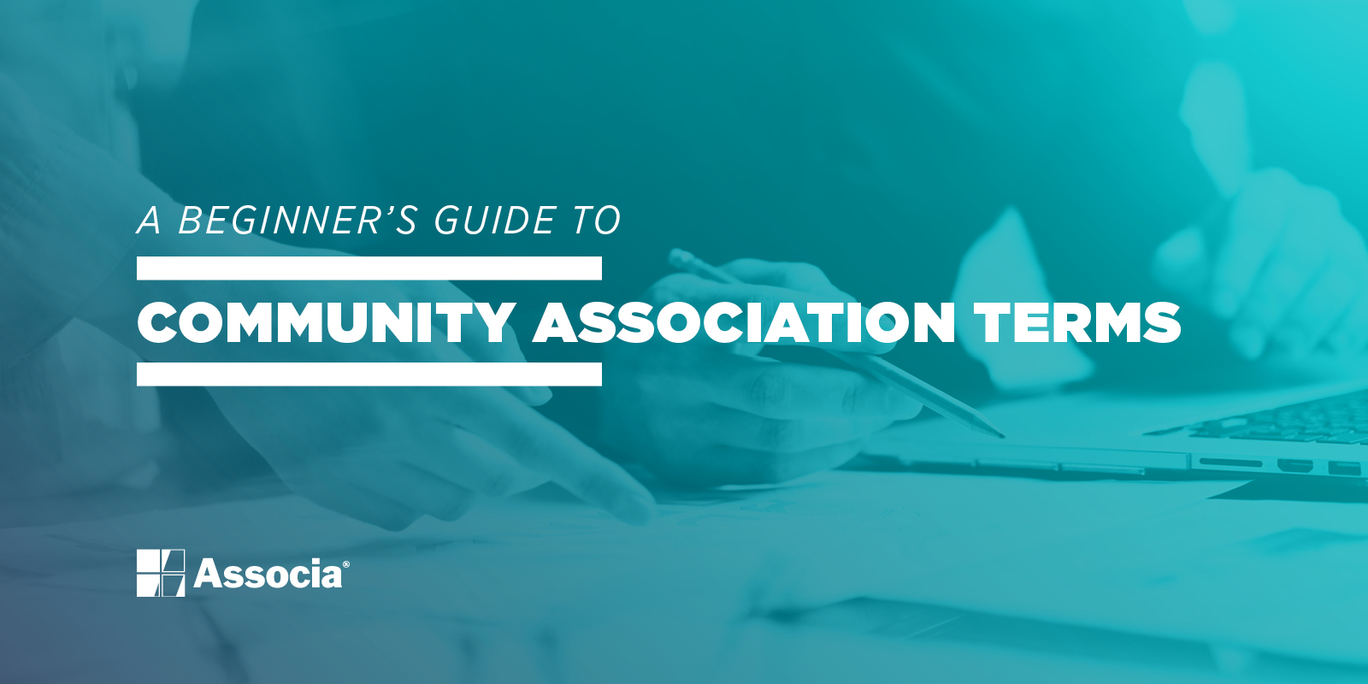 The management company and/or Board of Directors are almost always involved in reading through the association documents and learning the new terms can be a little overwhelming at first.

So, what do some of these terms actually mean? Check out the definitions of some frequently used terms!

An intangible and abstract quality that encompasses an honest belief of intention to abstain from taking any unconscientious advantage of another.

Property that can be attached, added, joined, or united with the original property included in the CC&R's.

A contract which is enforceable, such as an offer to buy or sell, when the person to whom it is made accepts it and communicates his acceptance.

Means all Owners except Declarant, to which Class A member shall be entitled to one vote for each Lot owned.

Means the Declarant, to which the Class B member is usually entitled to the number of votes equal to ___ times the number of Lots owned.

The property described as an exhibit to the CC&R's,plus the additional property if any that is annexed in.

Voting in which a member may cast as many votes for a director as he/she has votes multiplied by the number of open director seats to be elected.

The power to take private property for public use by the state, municipalities, and private persons or corporations.

Means that a party is prevented by his/her own acts from claiming a right to detriment of other party who was entitled to realy on such conduct and has acted accordingly.

Means a board meeting session that is closed to the membership with discussion items that are regulated by state statues.

A contractual arrangement whereby one party assumes the liability inherent in a situation, thereby relieving the other party of responsibility.

Shall mean the Consumer Price Index published by the United States Department of Labor.

Its successors and assigns

Charge for the purpose of keeping an improvement in habitable condition that is applied to specific Owners and/or specific property.

Vote by more than half of the voters for a candidate or other matter on the ballot.

The excess of the votes cast for one candidate over those cast for any other (the person who receives the greatest number of votes, but not necessarily the majority).

A term used for the purposes of the annual meeting of the members, a specific date that locks in the membership roster.

Corporate agent entitled to receive legal documents in litigation and other legal notices for the corporation.