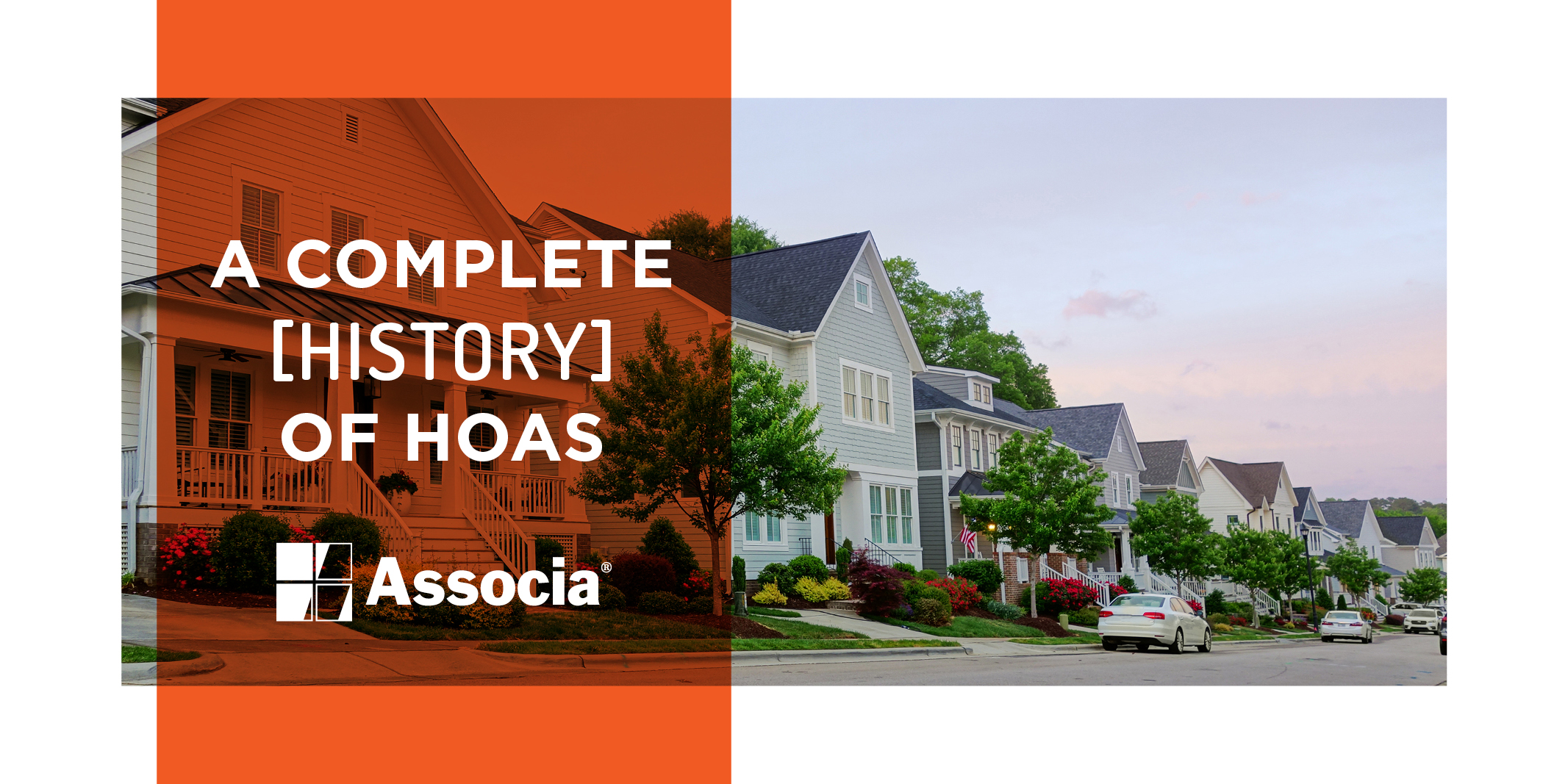 Homeowners’ associations (HOAs) are non-profit organizations set up to help run, manage, and maintain a community. They’ve been a vital part of the community management industry for decades and have a history that stretches back to the mid-twentieth century. Across all those years, HOAs have grown and evolved to become the anchors of the community that they are today. Here is an overview of how homeowners’ associations began and became what they are now.

In the late 1940s, U.S. veterans returning from fighting in World War II struggled to find affordable housing. Bill Levitt, a former veteran himself, recognized the issue and, together with his father Abraham and brother Alfred, invested in more than 4,000 acres of land on Long Island, New York. Using innovative construction techniques, like having specialized teams to concentrate on a specific part of a home and off-site prefabrication, the trio created affordable housing options for veterans, building the community known as Levittown in 1947.

While the community didn’t have a formal HOA with a board of directors and governing documents, the community established rules and regulations, which set the precedent for those we see in today’s HOAs. Over time, the Levitt family built additional communities of similar styles, and planned communities across the country were constructed following their blueprint, establishing the foundation for the common-living environments of the future.

The HOAs That Followed

How Levittown was built and managed ignited an interest in—and development of—planned communities. Soon after Levittown, developers saw opportunity in suburban areas thanks to the Federal Highway Act of 1956, which allowed interstate highways to be built across the United States. Not only were these areas now more accessible, but they also included plentiful lots of land and offered exclusive space away from the city. In 1960, the National Association of Housing Cooperatives (NAHC) was founded as an organization supporting the best interests of cooperative housing communities, making way for the first true homeowners’ associations to begin managing those developments. The NAHC offered education and assistance to community leadership groups across the country as they transformed into a more established board of directors.

The 1948 case of Shelley v. Kramer and the Fair Housing Act of 1968 led to anti-discriminatory policies that prohibited the sale, rental, and financing of housing based on race, religion, national origin, or sex. These efforts helped further spearhead the growth and popularity of planned-community living, and the types of communities available to prospective homeowners also began to evolve.

In 1963, the Federal Housing Administration (FHA) approved mortgage insurance exclusively for condominiums and homes in subdivisions that had an HOA. This sped up movement from suburban communities to common-interest housing spaces. By 1967, every state had adopted a condominium property act, but the conversion of apartment buildings into condos was very controversial, as many felt that condominium conversions were displacing residents who were unwilling or unable to join the common-interest housing agreements. In 1972, real estate experts and future Community Associations Institute (CAI) members formed a plan that balanced developer needs with consumer protections. The persistence and work from this team to develop a statute helped lead to the federal government’s passing of the Uniform Relocation Assistance and Real Property Acquisition Act, which establishes minimum standards for federal programs that involved acquiring real estate or displacing people from their homes or businesses.

According to the 2019-2020 National and State Statistical Review for Community Association Data, 73.9 million Americans, or about 27% of the U.S. population, now live in some form of a community association. There are currently three standard types of community associations, including:

While these HOA may differ in ownership, membership, and amenities offered to entice potential homeowners, they all share common attributes that bring them together under the umbrella of community. First, each HOA is governed by a board of directors that enacts and enforces rules. They also have their own set of governing documents that detail how the HOA operates. Finally, no matter what kind of community they serve, each board has a fiduciary duty to work in the best interest of the entire association.

The Future of HOAs

The homeowners’ association industry continues to grow and expand, with an estimated 5,000 new HOA communities being built yearly. With continued progress throughout the world, the future of HOAs includes expansion into:

As the types of communities available to homeowners change, the offered amenities are transforming, as well. Future-driven communities tout features like innovative technology solutions, electric vehicle charging stations, and eco-friendly building renovations to accommodate the HOA owners of tomorrow.

The Benefits of Living in an HOA

Over the course of their history, HOAs have given homeowners plenty of reasons to join in and take advantage of all they have to offer. For a full list of benefits, check out our post, “6 Benefits to Living in an HOA,” and discover why HOAs are truly a great place to live.