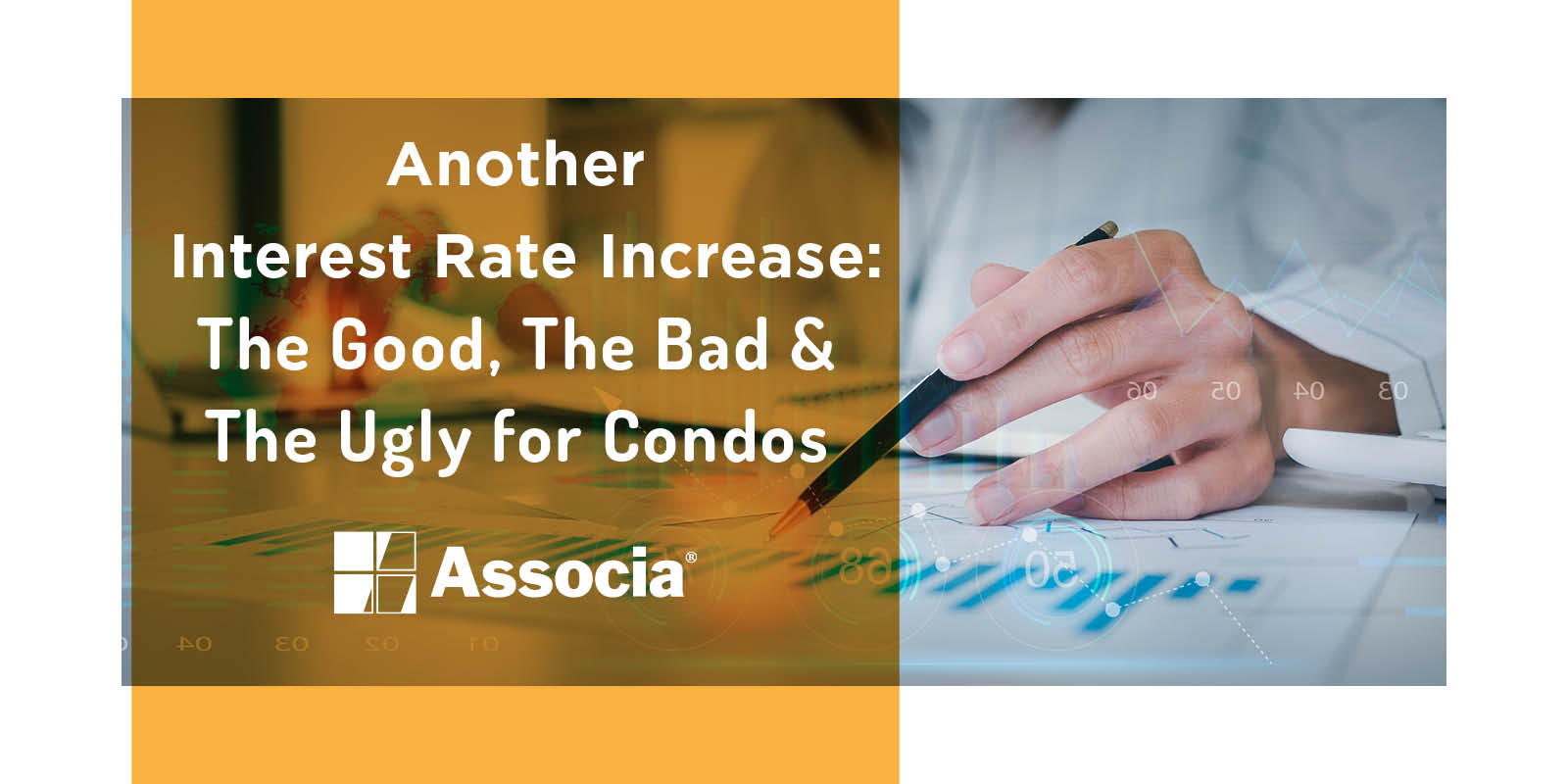 On July 13, 2022, the Bank of Canada raised its benchmark interest rate by a full percentage point, the largest single increase since 1998. Combined with three smaller increases of 25, 50 & 50 basis points earlier this year, the rate now stands at 2.5 per cent, up from 0.25 per cent at the beginning of the year.

Tiff Macklem, Governor of the Bank of Canada, indicated that the 2.5 per cent interest rate “puts it in the long-run neutral range that neither stimulates nor restricts growth” and suggested that Canadians should “expect that interest rates will need to rise further to cool demand and achieve the inflation target.” The next Bank of Canada interest rate decision is scheduled for September 7, 2022.

It is, of course, surging inflation that is causing the rise in rates, and unfortunately in the world of condominiums, perhaps more so than in some other sectors, rising interest rates and rising inflation can create a double-edged sword.

While condominium Boards of Directors and owners have a lot to be concerned about with respect to inflation and rising interest rates, there is one silver lining in the grey clouds. Although condominiums are restricted through the Condominium Act of Ontario in the types of investments they can utilize to earn interest income, some of those investments have returns that are tied directly to banking prime rates, which generally change in response to Bank of Canada rate fluctuations. True to form, Royal Bank increased its prime rate from 3.7 to 4.7 per cent in connection to last week’s benchmark increase, which leads directly to increased reserve interest income for clients of Wilson Blanchard.

While increased interest income is certainly a welcome byproduct of the rate increase, the extra revenue will, in most cases, be insignificant for condominiums for three reasons. 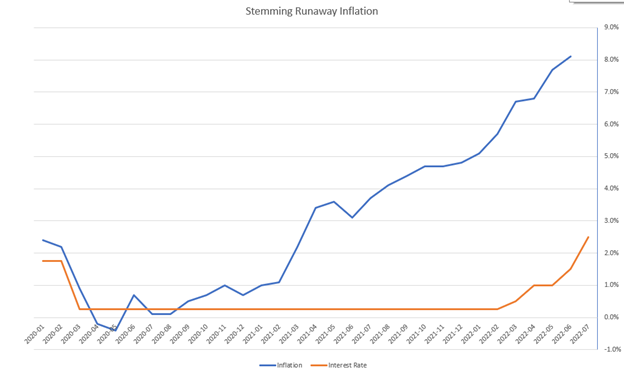 A community with an underfunded reserve could face having to deal with the negative aspects of both inflation and higher rates. If the reserve fund study did not account for inflation at today’s current rates, the predicted costs of a repair or replacement project may be far higher than anticipated. At the same time, if the reserve is not adequately funded, for example as a result of earlier unanticipated repair needs, the cost to borrow has now increased by 2.25% making future projects even more expensive – truly a double-edged sword. The prospect of levying a special assessment also has greater impact now on any owners who may need to borrow to pay their portion of the assessment.

Paragraph 12 of the Status Certificate requires that the condominium corporation must disclose any circumstances (known to the corporation) that could possibly result in an increase in common expenses at any time in the future. Generally speaking, these circumstances include a special assessment or an increase in regular condominium fees beyond inflation. It has been suggested by at least one condominium legal expert that if the actual inflation is not as predicted in the most recent reserve fund study, this could result in the need to increase contributions (and hence, common fees) in the next reserve study beyond inflation, which should be disclosed in a status certificate.

As a Board, you may wish to review your current circumstances. In very simplistic terms, if your current reserve fund study has predicted 2% inflation, and you know inflation is now around 8%, will the reserve contributions in your next reserve study need to increase by 6% to match inflation OR more than 6% to both match the new inflation and makeup for the shortfall when you were only contributing at a 2% assumed inflation rate and it should have been 8%? Each condominium corporations’ circumstances will differ based on the timing of their last reserve study and the assumptions used so we encourage you to speak to your condominium manager and / or engineer to discuss the best course of action.

What’s a Board to Do?

Boards of Directors have a responsibility for the financial oversight of the Condominium Corporation to which they have been elected as part of their fiduciary duties. And while it is certainly a goal to minimize the condo fees that owners must pay, a Boards role extends to also protecting the assets of the corporation, which in turn helps to maximize the value of the owner’s homes / investments.

A condo in disrepair quickly becomes an eyesore and undesirable to potential purchasers. Financial deficits and non-compliant reserve funds are clearly disclosed on status certificates which may lead to fewer offers or closing conditions not being met. The Board has a difficult role to play, toeing the lines between keeping owners happy with low fees, properly maintaining the complex and fulfilling their due diligence in their role as a corporate Board member.

The best way to do that is to prepare an honest, realistic operating budget based on the current financial situation, the corporations’ specific requirements and the best information that you have available about future circumstances.  Combine that with updated information about your reserve fund study so that your reserve contributions meet your corporations’ needs. You may even wish to consider having your reserve fund study updated earlier than normal, particularly if you have a low balance and / or large projects planned in the next 2 to 5 years. And lastly, communicate openly and honestly to your owners about how you have arrived at your decisions and why the plan the Board has put in place is the best course of action for your community, especially if the Board has to consider a special assessment or loan based on the community’s specific circumstances to meet the obligations of the corporation.

Not every owner will be happy with the increases that are inevitable in the current environment, increases that they would face regardless of their choice of housing situation, however being proactive can help to prevent further financial difficulties down the road.