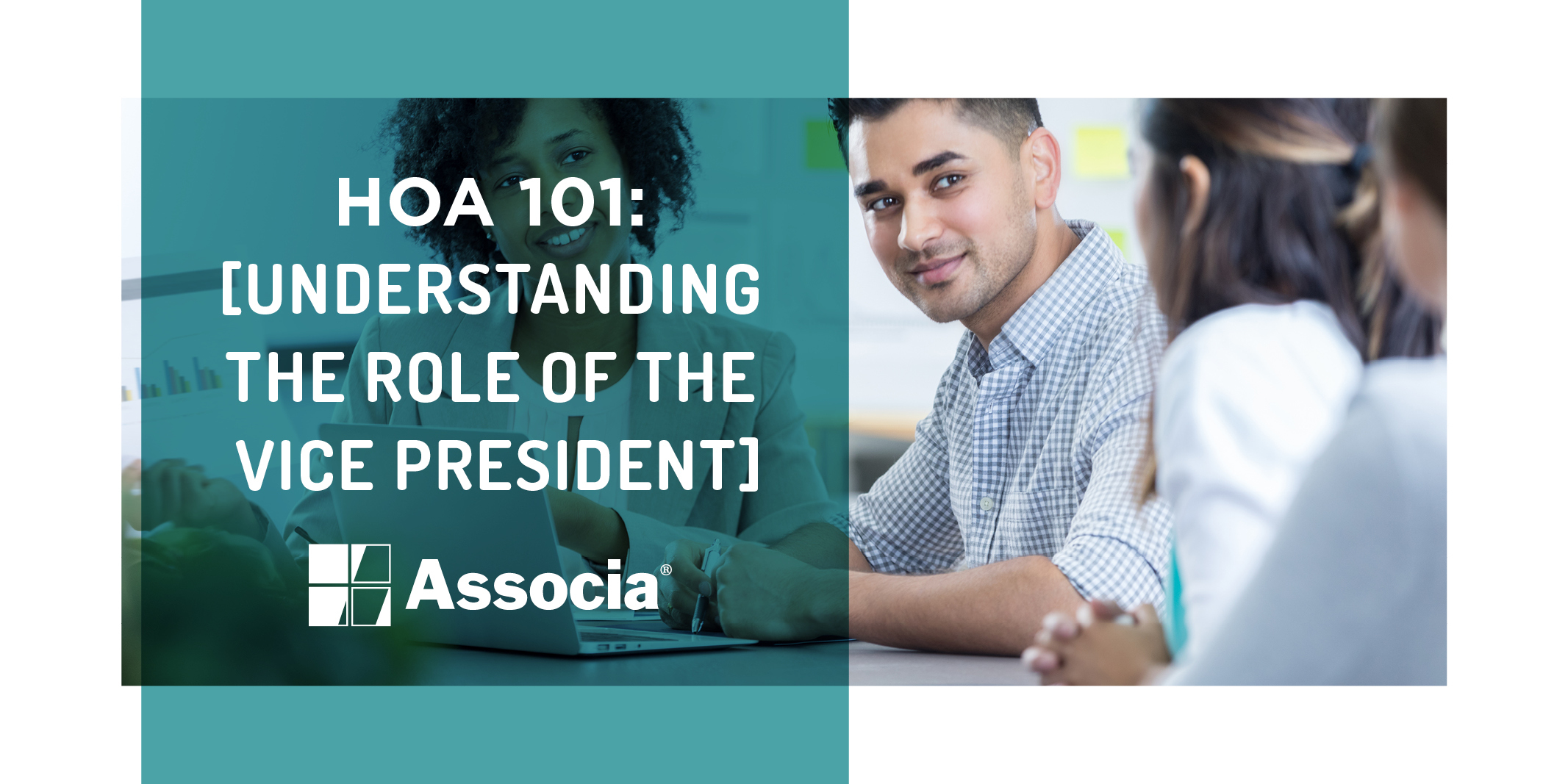 A critical part of any homeowners’ association (HOA), the board of directors ensures community guidelines are followed, the neighborhood is maintained, and improvements are funded and supported. In short, the HOA board is there to better the community on behalf of its residents.

These boards are typically composed of four distinct officer positions: president, vice president, secretary, and treasurer. If you’re considering running for a position on the board, the role of vice-president is versatile, rewarding, and pivotal to the board’s success. Here’s what you need to know about the job of an HOA VP.

The HOA vice president is so much more than simply an assistant to the president. Although part of the VP’s responsibility is to support the president, the vice president plays a vital part in running an effective HOA. While the president presides over meetings, the VP must ensure these meetings run smoothly and communication between attendees is productive.

Also, the vice president’s role is one of balance and flexibility. This person must have strong leadership skills while building trust and connections with neighborhood residents, management representatives, and vendors. The VP often leads committees, bridging the gap between HOA board leadership and the voice of the community.

How Do You Become an HOA Vice President?

To become a homeowners’ association vice president, you first must run for the HOA board. After being elected as a general board member, the other members of the board will appoint the officers based on their internal votes—not a membership vote.

Although the president and vice president positions are closely linked and both have integral leadership duties, they are completely separate during the nomination and voting process. Candidates for these positions do not campaign together. They receive votes individually rather than as a unit. However, it’s always important to look at your association’s governing documents to confirm the elections guidelines specific to you.

Because the responsibilities of an HOA vice president revolve around supporting the president, this person needs many of the same qualities that make a good leader. Therefore, a solid board vice president is expected to have the following traits.

A good vice president must be dependable and somebody that can be trusted to get the job done. If the president is unavailable, the VP must be able to seamlessly step in and take over any projects already in the works without hesitation. That requires a level of leadership, reliability, and knowledge of overall HOA goals.

Good communication skills are key to the success of a vice president. Much of the job involves coordination with other people and listening to what community members have to say. You’ll need to speak to other board members, vendors, and residents to clearly share recommendations, concerns, and instructions for efficient HOA management.

HOA meetings can sometimes get heated, especially when residents don’t agree. There may be ongoing disputes between residents who are looking to you for answers, too. In these circumstances, it’s essential that the vice president can keep calm, look at the situation objectively, and make unbiased decisions based on the good of the community.

Each officer plays a vital role in the operation of the association, and understanding each key player is essential to the success of the community. To learn more about the HOA board secretary, read our previous post, “HOA 101: Understanding the Role of the Board Secretary.”