Home » Blog » Who Should Pay To Collect Late Assessment Fees?
× Share this Article

Who Should Pay To Collect Late Assessment Fees? 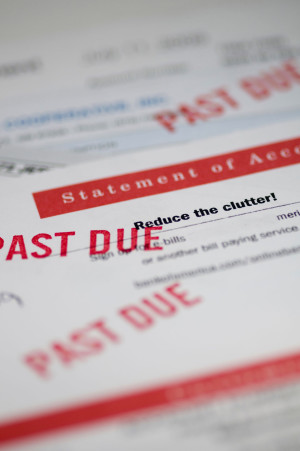 Ever since the mortgage crisis and its accompanying spike in assessment delinquencies, policy makers have been working to address the question of who should pay the cost of collecting past due assessments. Surprisingly, in many states that answer is….. you.

Imagine your neighbor has racked up more than $500 in late fees on their credit card, and they expect you to pay the late fees. That is the scenario playing out in statehouses across the country when it comes to HOAs and condos. Lawmakers in several states are limiting the ability of community association boards to recover the cost of collecting past due assessments. It is not unfair to note that such policies are equivalent making you pay the late fees on someone else’s credit card bill. The well-meaning, but misguided effort may result in higher assessments, or worse, an inability to obtain mortgage financing for HOAs around the country.

The collections debate began shortly after the housing collapse in 2008. Community Associations saw a huge spike in assessment delinquencies as residents struggled to pay mortgages for homes that were worth only half the mortgage amount. Stories would emerge of unscrupulous collection companies, hired by association boards, who would levy tens of thousands of dollars in late fees on small past due assessments. Legislators in many states took action, in some cases looking for positive solutions for associations and in other cases, hamstringing associations trying to collect past due funds owed the community.

On the positive side, states like New Hampshire, Maryland and Nevada passed priority assessment lien laws. Sometimes called Super Liens, these laws provide that in the event of a foreclosure, monies owed the community association are paid first, before proceeds, if any, flow to the mortgage holder. Banks do not favor such solutions of course. Because the foreclosure for past due assessments by the community can extinguish their claim to money owed under the mortgage.

Other states took or attempted more drastic action. Nevada, in addition to passing the priority lien legislation, capped collection fees at just under $2,000. Texas had a vigorous debate on amending the state’s constitution to prevent an association from foreclosing due to assessment delinquencies, but ultimately limited action to banning the use of third party collection firms by associations. Maryland recently passed legislation that limits any late fees and fines on past due assessments to no more than the past due amount.

Worse still is how such laws are playing out in various markets. In Nevada, although it was understood that the cost of collecting past due assessments should be included as part of the monies collectable under the state priority lien act, and such understanding was affirmed by a state agency, the state is currently in the midst of a firestorm of litigation on the matter. Investors are buying up massive numbers of properties in Nevada. To reduce the cost of acquiring these assets, they are challenging the ability of the associations to include collection costs in the priority lien amounts. In fact, banks, investors and the state (which ok’d collecting such costs in 2010) are now all suing HOAs and management companies for collection fees they claim were “illegally” collected.

Sound finances in community associations are increasingly critical to ensure a vibrant community, but also to qualify for many federally backed mortgages. The Federal Housing Administrations Condominium Program requires that a condominium association have no more than 15% of units 60 days late in their assessments for a buyer to obtain an FHA mortgage.

More critically, current tools like priority liens provide mechanisms to recover past due assessments and collection costs from the underlying value of the property if the unit owner is unable or unwilling to cover such fees. Allocating the cost of collection to the parties responsible for triggering such costs is not only fair, it also prevents increases in assessments that may push other homeowners into financial distress. At the end of the day, residents and companies that serve them need to be fully engaged in these debates to ensure the implementation of policies that support financially strong communities. 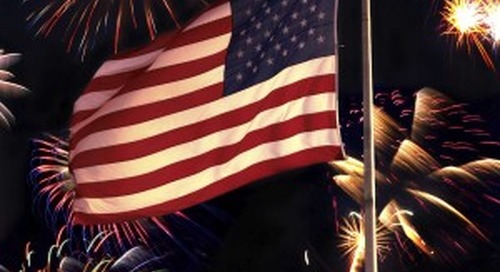 For most of North America, July is synonymous with fireworks. Whether it is Independence Day Celebrations i... 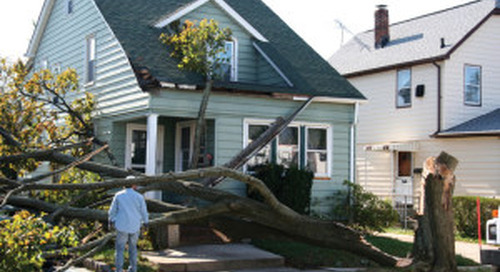 FEMA: A No Show for Community Associations

Residents of condominiums and HOAs pay the same federal taxes as everyone else. In fact, because residents ... 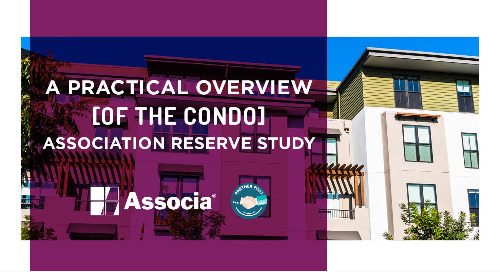 Here is an overview of the Condo Association reserve study. 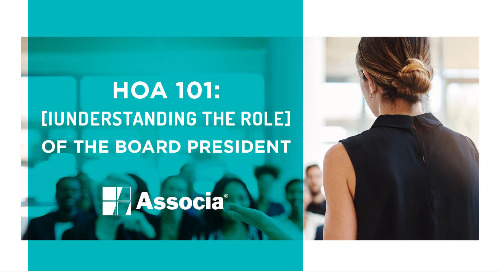 HOA 101: Understanding the Role of the Board President

Each officer has specific duties and responsibilities related to the operation of the association. Read on to learn more about the role of the HOA board president. 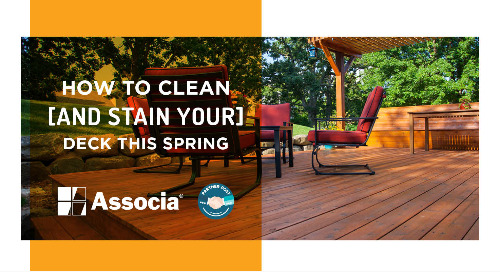 Partner Post: How to Clean and Stain Your Deck this Spring 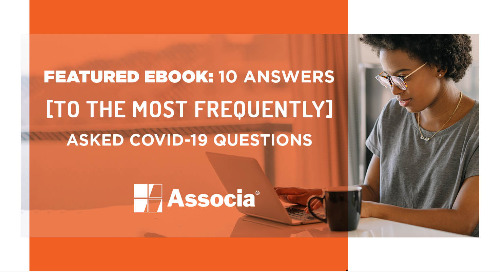 Featured Ebook: 10 Answers to the Most Frequently Asked COVID-19 Questions

In our latest ebook, "10 Answers to the Most Frequently Asked COVID-19 Questions," we share up-to-date, fact-based information about board powers, communications, infected residents, and more! 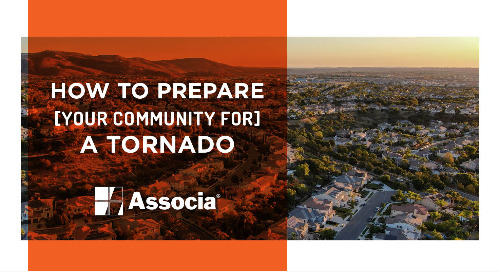 How to Prepare Your Community for a Tornado

While HOAs are feeling the stresses of daily life, there’s another threat that’s currently looming—tornado season. Learn how to prepare your community. 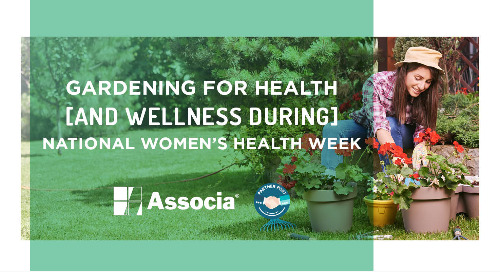 This national holiday was created to shine a light on the importance of incorporating simple preventive and positive health behaviors into everyday life. While 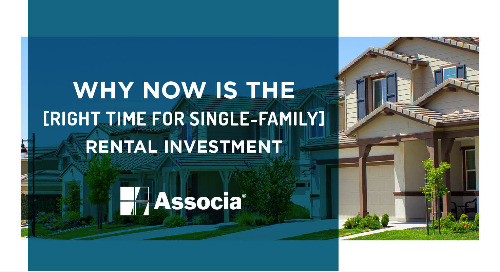 Why Now is the Right Time for Single-Family Rental Investment

Now is the right time to invest in a single-family home rental. Find out why—and how. 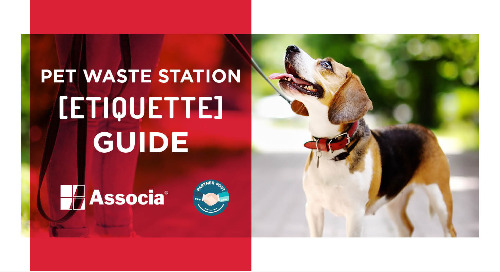 Here are some simple tips for both pet owners and non-pet owning residents alike to ensure community stations remain stocked up, emptied out, and in all-around good shape: 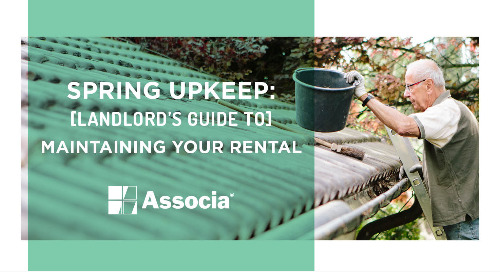 Spring is a great time to check off some to-dos around your properties. Check out our list of what to tackle. 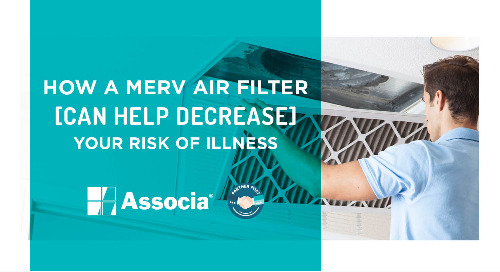 Partner Post: How A MERV 13 Air Filter Can Help Decrease Your Risk of Illness

MERV 13 air filters can filter out bacteria and viruses that can cause infections. 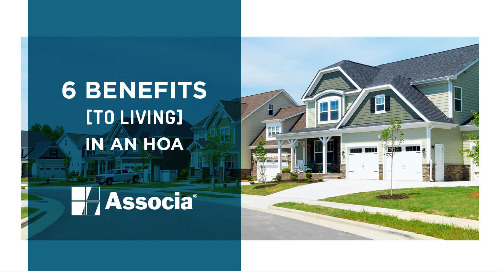 6 Benefits to Living in an HOA

The rules and regulations of an HOA are there for a reason—to make it an all-encompassing wonderful place to live. Read the top 6 benefits of living in one. 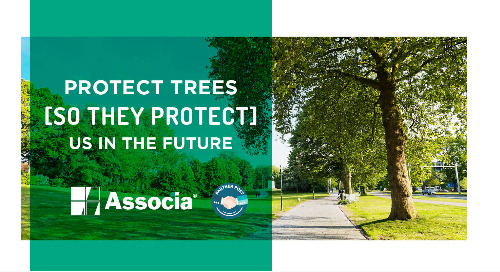 Partner Post: This Earth Day, Protect Trees So They Protect Us in the Future

This Earth Day, and every day, we need to protect and nurture our largest environmental allies. 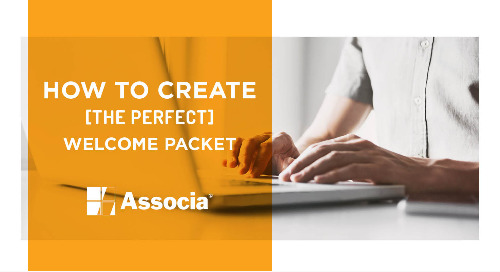 How to Create the Perfect Welcome Packet

Show new homeowners you care. Find tips on what to include in a welcome packet—a homeowner’s most-valuable resource for HOA community information. 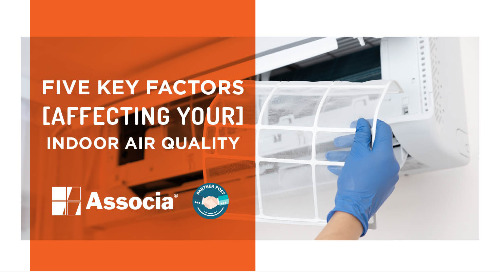 Your indoor air quality is important, and knowing what affects it is critical to the health of your home. 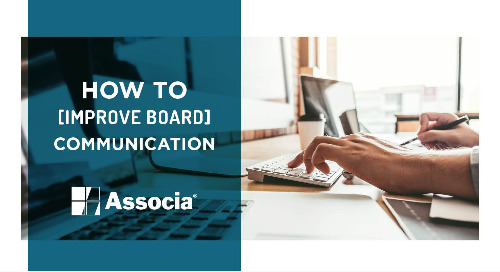 How to Improve Board Communication

Consider these nine tools to promote transparency and effective communication. 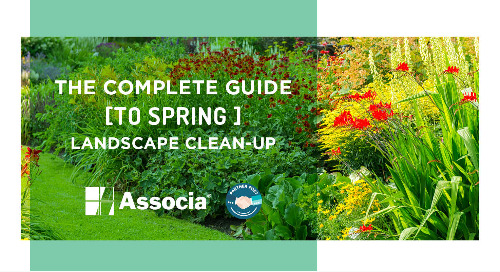 If you’re feeling ready to shake off the winter chill, chances are your landscape is, too. 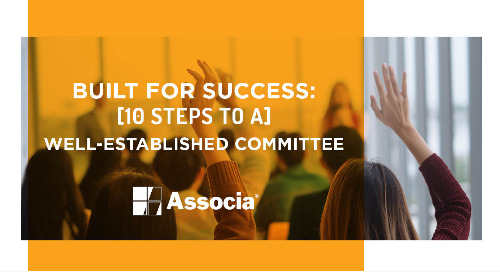 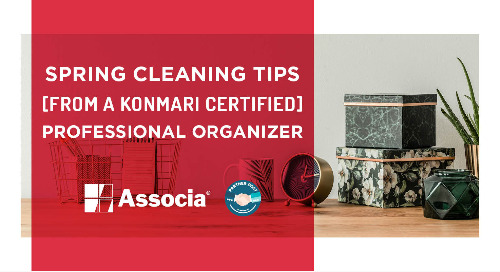 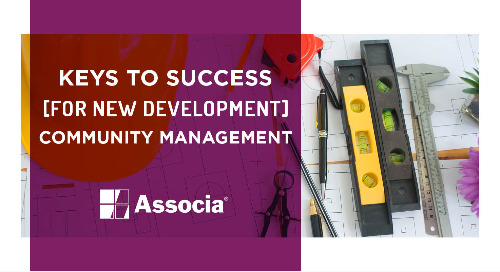 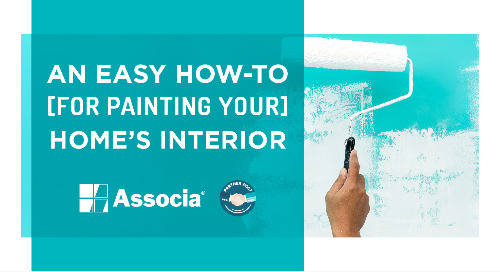