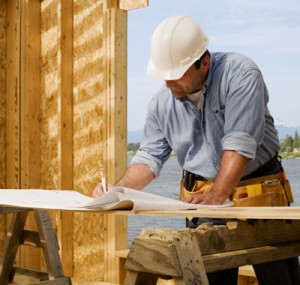 It is not surprising to know that in the initial phases of every proposed construction project, it is the first task of the Construction Manager (CM), along with other trained professionals such as the Architect and/or Engineer of record, to develop projected cost budgets. These are the anticipated costs the project will generate, including such items as labor, material and equipment expenses. Obviously, without such cost estimates, the Homeowner Association (HOA) would have no significant way of knowing if they have the resources to adequately fund the project.

In order to develop the most accurate cost estimates possible, the CM will utilize a two step approach; first a constructabiliy / feasibility review, second, the bidding process.

In the constructability / feasibility review, the CM, utilizing “industry average” values for most expense items, and develops generic costs for the project. These costs, set as a benchmark, are provided to the HOA to determine initially whether the scope of work, as first contemplated, is within their financial means of the community. If the budget is feasible, then hard costs can be solicited from the competing contractors . If not, then the CM would have to “Value Engineer”, or reassess the scope of work, materials and methods of the project in order to reduce the projected costs and bring the project scope of work into an area that the HOA can afford.

Building on the estimated costs of the constructability / feasibility review, in the bidding phase, the CM will attempt to enhance the cost projections by putting the final project scope of work out to bid. To ensure that the costs provided by the bidding contractors are relatively accurate, the CM will develop specifications for the project, which define, with great detail, what scope of work will be performed, in what manner, and with what acceptable materials. Each prospective contractor bidding on the project will have an opportunity to review the specifications, perform an onsite evaluation walkthrough, and generate their own estimated costs to perform the construction according to the specification’s guidelines. The selected bid will later become the fee structure of the Contractor awarded the project.

In both the constructability review and bidding phases, there is always one aspect of the cost calculation process, which can give rise to confusion on the part of the HOA – the “Unforeseen Conditions” line item. Industry wide, this is the flat ten to fifteen percent charge added to the end value of every bid and constructability review / feasibility study figure. The comments from the Board vary in tone, but all seem to highlight one general theme: why should we budget a blank check line item for the contractor when we pay you to develop accurate and complete specifications and cost projections?

The answer is simple…there is no such thing as an accurate and complete cost projection.

There are a variety of unforeseen conditions, which can negatively impact the total cost of the project. Here are several:

Granted, in cases of reconstruction instigated by litigation, repair schedules developed by experts in the field of forensic testing could mitigate the unforeseen condition, but those schedules do not evaluate every unit in every building for the same condition. The forensic evaluations perform “statistical sampling” of a random number of locations (traditionally 10% of the HOA complex). Thus, there is usually no possible way of realizing exactly how many locations throughout the project have an existing condition which fails to meet building codes, until each and every location has been opened.

To mitigate project expense, the CM, HOA Board and contractor meet at the inception of each project to develop a schedule for construction, identifying which buildings will be worked on in a particular order to maximize efficiency during the life of the project. Equipment trailers are parked at one location and employees are dispersed based on the schedule. Preliminary notices are distributed to designated units and buildings, by both the CM and contractor several weeks before the work commences. The notices state what work will be commenced at each unit, the commencement day, and the term period of construction at each unit. The notices further state that it is the responsibility of the homeowners to have their units ready for construction (either interior or exterior work), including, having all furniture moved to a safe and secure distance away from the construction area, having all valuable items removed and stored in a secure location, and having all pets confined. If the contractor fails to find the unit in such a prepared condition, delays occur, as the work at that unit must be rescheduled and the construction schedule revised. Likewise, when certain unit owners fail to allow access because they disagree with the HOA’s ultimate construction goals, or they fail to divulge prior vacation or other long absentee periods during the project period, the contractor is forced to revise the project schedule. Remobilization of the crew and equipment trailers to other locations on a weekly, if not daily basis, leads to change orders and additional costs.

Not surprisingly, the above list is not exhaustive. While many hours are spent in the pre-construction phase to develop accurate cost representations, it is impossible to determine all variable costs that will impact the bottom-line. In this regard, construction is more an art than a science, and contingency costs for “Unforeseen Conditions” are a necessary evil that must exist in order to allow an HOA to adequately fund needed projects. Without such a contingency, the greatest delay possible would regularly occur - the inability of the HOA to adequately finance the project from inception to completion, thus forcing suspension of the work!