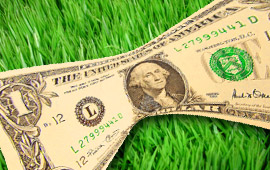 What does an association do when faced with millions of dollars in repairs and inadequate funds in their reserve account? There are several options, including deferring projects, bank loans and special assessments. However, if the needs are urgent, phased planning is the key. When it is not possible to make all the necessary repairs immediately due to budgetary constraints, phased construction can be key to getting the project done with the money available.

With the daunting task of repairing many dry-rotted decks and balconies in the community and not enough money to complete all the work at the same time, California’s Sunpointe Condominium Homeowners’ Association board of directors chose to hire an outside construction consultant to help them. While some in the community asked why the association should spend extra dollars on a consultant when the same money could be spent on the repairs, the board felt that the consultant could add many positives to the project, such as inspecting existing conditions so that the buildings could be graded A (being best) through F (being worst), allowing the work to be done in three phases over the next three years. Year one would entail doing the units graded worst. The remaining units would be completed in subsequent years according to their condition, with a fresh annual inspection performed each year to make sure that the conditions had not changed.

Another way the construction consultant added value to the association’s process was in controlling costs by developing a thorough scope of work to be done. This assisted in eliminating costly change orders. Additionally, the consultant would have inspectors onsite throughout the duration of the project making sure that the subcontractors’ work was being performed according to the scope of work provided. This not only helped ensure the work was done correctly, but also assisted with future maintenance by eliminating water intrusion repair costs due to faulty construction. The onsite inspectors would also prevent homeowners from being inconvenienced by potential leaks caused by improper repair work, and also preclude the possibility of having personal belongings damaged. The monies saved would far outweigh the amount paid to the consultant, especially when looking at the amount spent on the entire project.

Before deciding to do the project in phases, the board considered other options such as obtaining a loan or imposing a dreaded special assessment. The loan option, with its added interest costs, was not popular with the community, nor was a special assessment in light of the current economic conditions. At one of the last meetings before the board needed to make a decision, an owner shouted, “How can the board even consider asking for a special assessment with the economy being in the state it is right now?“ The same owner then asked what the board was going to do about the dry rot on his unit. I think most of us at one time or another have been at a meeting like this. The board responded that, after many meetings with the membership to discuss the options, the board felt that the best course of action was to use the reserve funds available to them and not burden the membership with either a loan or a special assessment. This could only be accomplished by phasing the necessary work to be done.

Once the work had begun in earnest, the board and the membership began to really see the value of hiring the construction consultant and phasing the work instead of deferring the repairs. Deferring repairs not only worsens the problem, but it also gets much more expensive as time goes by.

One of the decisions that the board made early on, at the suggestion of the consultant, was to change the material to be used on the project. The buildings were built in the early 1980s when T-111 wooden siding was a prevalent siding material because it was very inexpensive. Unfortunately, it also is deteriorates quickly and has very high maintenance costs. The board decided to use a James Hardie product - a fiber cement siding which has a much longer useful life and requires less maintenance while being impervious to water, termites and fire. The painting cycle for the community could be extended from five to ten or twelve years. This action once again saved the association money not only now, but in the future.

The association was the benefactor of warranties for the products and labor which could potentially save money in the future. Through the construction consultant, the association was able to get a fifty-year warranty on the siding and ten years on the trim. The contractor warranted all of his work for five years from the completion of the project. However, to realize the warranties, the board needed to replace full elevations instead of making patch-type repairs on a particular wall. This resulted in two accomplishments: a) it allowed the contractor to repair and/or replace deficient flashings around the balcony decks and b) it made the warranties possible because there was now a complete system in place.

So, when your association is faced with a large project and little money, phased planning may be just what’s needed. Other critical tasks such as hiring the right team of people (construction consultant, contractor, etc.) to help the association through the process can make all the difference in getting the project completed with the resources available. With forward thinking planning, the association can also save money in future maintenance costs by using better materials, repairing whole elevations as opposed to ‘patch-type’ repairs and rigorous inspection of the work completed to prevent having to revisit the project later. There were times when it felt like we were dragging folks kicking and screaming though the process. However, in the end, it worked out better than expected. The work was completed, the board and the owners were happy and the community looks great!