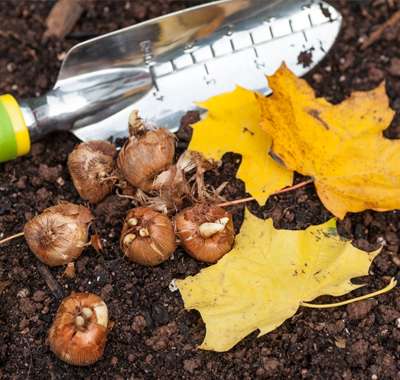 Snap out of vacation mode long enough to do some pre-fall work in the garden. All around the country, early August proves ideal for planting seeds for a host of vegetables and herbs as well as a great time to tend to your flowers. So spritz yourself with bug spray, don your gardening gloves, and grab a hat. In order to reap some delectable benefits when the weather turns cooler, the time is right to play in the dirt.

Autumn Veggies
According to respected gardening guru Margaret Roach, a former Martha Stewart Living editor-turned-blogger at awaytogarden.com, some of your best bets for August plantings from seed include such quick-growing edibles as:

“Don’t skip the prep,” warns Roach, who gardens in upstate New York. “Cool down soil by shading for a few days and moistening so seeds have a chance.”

Anyone new to vegetable growing might also heed the following words of wisdom from David J. Robson, an extension specialist with the University of Illinois: “Plant the seed according to directions on the seed packets. A good rule is to plant the seed about four times its diameter and keep the soil evenly moist until the seedlings are up and growing. This is particularly important because the soil dries quickly.”

Moreover, in the heat of summer, plan to water your garden in the late afternoon or early evening so water evaporation doesn’t foil your efforts.

Pest Alert
Just as mosquitos seem to flourish between Memorial Day and Labor Day, other pests that threaten your flora thrive this time of year too.

“Japanese beetles cause damage in both the grub stage and as an adult insect,” he explains. “Late summer and early fall is the time to treat your lawn for grubs, which mature into Japanese beetles and attract digging animals such as moles and raccoons.”

Your garden center can hook you up with the right chemicals to eradicate the threat. If you prefer an organic solution, scour the web for options, some of which include cayenne pepper, chewing tobacco, and even beer.

Flower Power
According to Amy Renea, a Pennsylvania-based garden blogger at anestforallseasons.com, iris aficionados should make plans to replant their beloved blooms in the first part of August.

“Iris is tough as nails,” she says. “To propagate, simply lift the clumps, break into 2- or 3-inch pieces, and replant.” Then expect to enjoy a fabulous display come spring.

Certain varieties of crocus can be planted this month as well.

If you would rather bypass the seed or bulb stage, and go straight to a selection of flowering specimens for your yard, consider planting drought-resistant posies like zinnias, marigolds, and even some types of mums. Each of this hearty trio can continue to blossom and prosper even beyond the first frost.