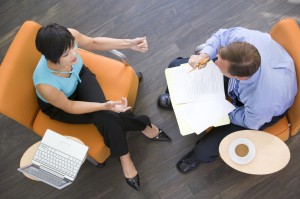 One issue that is not unfamiliar for community managers and board members is dealing with the difficult resident. You know, the one whose conversation or emails are laced with terminology that would make sailors blush or perhaps have a conspiratorial view of a board decision that is on par with the plot twists of an Oliver Stone movie. It’s easy to dismiss such residents as beyond reach, or to write them off as cranks, but doing so may miss an opportunity to address a critical issue, turning a critic into a champion and expanding the sense of community within the association. Success is not always guaranteed, but a few helpful tips will go a long way into addressing the concerns of difficult residents.

Too often both residents and board members hide behind the comforting wall of electronic communication. Don’t make this mistake. Email is open to interpretation as to tone and intent. Even a well drafted email, done with the best intentions, can be interpreted at the other end as sarcastic or negative. When a complaint comes in, pick up the phone to initiate a discussion and obtain a better understanding of the problem.

Governance does not have to be a zero sum game with one side winning and one side losing. Successful boards and communities understand that when issues arise, they present the best opportunity to create community. As with parenting, the real benefits come from how we resolve conflicts and find common ground in a disagreement, not when we are all on the same page. Board decisions should be guided by the CC&Rs and community rules, but should not be seen through an “us versus them” mentality.

Embrace the many voices in your community. Everyone has a tendency to think that a majority of our neighbors think and are motivated by the same thought process as ourselves. As many board members and community managers know, this is sometimes not the case. Some are quick to anger, others see malice behind every action, while some may be more accommodating when faced with a disagreement. Learn to appreciate the different points of view each of your resident’s personalities bring to your community.

Set expectations for resolving conflict. Having clarity of process helps set resident expectations for how their concerns will be handled. In a few states, the law requires that the board adopt what is called an internal dispute resolution process (IDR). The IDR policy outlines how the board handles complaints, appeals and other matters that come from the homeowners they serve. This process eliminates any potential misunderstanding of how such matters will be addressed and helps prevent a homeowner from projecting their frustration into the process void.

At the end of the day, we all have to live in the same community. Too often resolvable disputes flare up into community wide conflagrations. Sometimes the need for the board to be ‘right’ closes the door to a compromise solution. Other times the attitude with which the issue is raised is off putting and the messenger is not fully heard. When push comes to shove, being a successful manager or board member often requires thick skin and lots of patience. But going beyond the basics helps minimize ongoing problems and helps turn critics into champions.