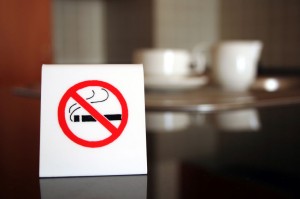 It’s been nearly 50 years since the U.S. Surgeon General published findings that smoking and secondhand smoke are hazardous to the health of both smokers and non-smokers. Since that time, a number of regulations have been put in place to restrict smoking in public places, commercial establishments and in commercial vehicles like rental cars and airplanes. More recently, the march to a smoke free world has begun to be extended to housing units, with a growing number of municipalities and associations looking at ways to restrict smoking in common areas and even in private units.

The more the medical community studies smoking, the more bad news becomes revealed. A 2006 study by the U.S. Surgeon General found that secondhand smoke, is one of the leading causes of preventable deaths. More surprisingly the study found that secondhand smoke contains higher concentrations of known carcinogens than smoke that is inhaled. Secondhand smoke is also a leading cause of lung cancer in non-smokers and also increases the risk of heart disease, stroke and other chronic lung problems.

In response to this growing litany of the dangers of smoking, municipal governments have begun enacting bans on smoking in multi-family facilities. San Rafael, California became one of the first cities to ban smoking in all multi-family housing units, including condos, where there is a shared wall. The justification is that infiltration by secondhand smoke causes significant health risks for all residents, but especially the elderly and the young who spend more time at home. At issue are the rights of residents to engage in legal, but unhealthy behavior that impacts the health of their non-smoking neighbors.

Recent court cases have community associations, especially condominiums on edge. According to a news report by ABC news, an Orange County jury found a condominium association board and its management company liable for failure to curb smoking by tenants in a condominium. The neighbors of the smokers allegedly complained the excessive smoke had aggravated their young son’s asthma and sued the board and management company for $120,000. Although the association rules had no provisions as to smoking in units, the jury found for the family and awarded $15,000 in damages. They noted that the rules provided that residents could not engage in noxious activity that interfered with others quiet enjoyment of their property. While many of the facts at issue were in dispute the findings were not.

In another case in Colorado, an association amended its CC&Rs to ban smoking inside of units. The restriction was challenged by smokers in the community, but the court ruled that the restriction was valid as secondhand smoke was a known nuisance.

If this emerging trend continues many community associations, especially condominiums, will find themselves facing issues related to smoking in units in the years ahead. Most likely such issues will be rendered moot if the locality enacts an ordinance that imposes a blanket ban on smoking in multifamily units. Others may find themselves in the same situation as the Orange County association in which they face a lawsuit by neighbors burdened by nearby smokers. Either way, the ongoing fight to clean the air continues apace. The good news hidden in this debate, many insurance companies offer discounts for associations that ban smoking in units.