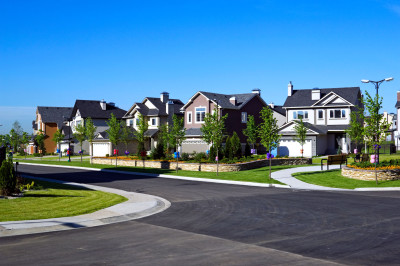 Across the country more than 64 million people reside in common interest communities, roughly 1 in 5 homeowners. In California, more than 9 million residents enjoy the benefits of community association living, which include higher property values and numerous amenities. While community associations in other states are caught up in legislative and legal battles that pit homeowners against boards or boards against developers, California has been largely quiet.

It’s not the problems with common interest communities don’t exist here, but they pale in comparison to the issues that have emerged in neighboring states like Arizona and Nevada. While many may attribute this to the sunny climate and laid back attitude of Californians, there is perhaps another reason why California residents enjoy their HOAs and Condos more than others and that reason is the Davis-Stirling Act. The Act celebrates its 30th anniversary in 2015.

So what makes the Davis-Stirling Act different than the regulation of common interest communities in other states?

This is a sharp contrast to the approach other states. These state’s regulation of common interest communities can best be described as a mish-mash of laws driven by outrageous, but rare, instances of poor governance or management of common interest developments. As a result of such knee-jerk regulation, residents in other states find that regulation is inconsistent, sometimes conflicting and even non-existent. This creates uncertainty and distress for many homeowners, managers and developers.

One of the most unique features of the Davis-Stirling Act is that it requires all common interest developments to adopt and publish an internal disputes resolution procedure. This provides a framework for unit owners to understand how their issue with the board will be handled. Having clarity of process and mechanisms to resolve disputes without having to engage in costly litigation serves to place dispute resolution in the community, rather than the courts or a state agency in Sacramento.

The benefits of the Davis-Stirling Act are not limited just to the 9 million residents of California common interest developments. First, according to the American Enterprise Institute, homes in a common interest development are worth 5-10 percent more than a home in a traditional community. Additionally, common interest community residents, by assessing themselves for services and amenities that would otherwise fall onto local governments, save taxpayers of California millions of dollars per year. Finally, the volunteers who serve of common interest boards also contribute the equivalent of tens of millions of dollars of time serving the needs of their neighbors.

Looking back on the first 30 years of the Davis-Stirling Act, there is much to appreciate and certainly small elements to criticize. That said, as we reflect on the success of this law, we need to apply the lessons learned to ensure the California’s common interest communities can thrive for the next 30 years and work to educate other states on its effectiveness.