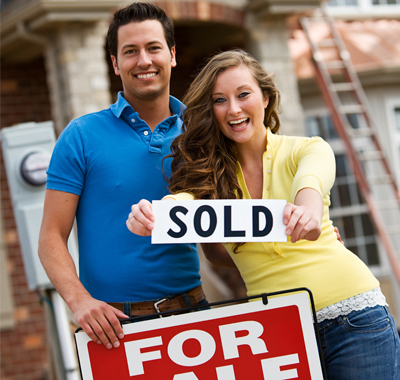 Buying a home is complicated. There are dozens of unfamiliar terms like amortization, PMI, and total debt service ratio. You have to deal with agents, lenders, lawyers, appraisers, inspectors, and the like. And, of course, there’s the actual packing up and moving. The process can be especially intimidating and overwhelming if you’re a first-time homebuyer. But if you do a little research and learn what to expect ahead of time, you can avoid some of the rookie mistakes most people make when taking out their first mortgage.

According to Kimberly Palmer, senior money editor at U.S. News & World Report, the biggest missteps most first-time homebuyers make all revolve around not being adequately prepared for the financial outlay involved in buying a home. Here, per Palmer, are the five biggest blunders you want to be sure to avoid before signing on the dotted line.

1. Underestimating just how much money you need to have saved for the down payment. Says Palmer: “You should aim to put down 20 percent. Many banks will even require that amount, especially if you want to get the lowest interest rate possible.”

2. Not understanding all of the costs associated with home ownership. “Starting with the closing costs when you buy the home and including maintenance costs (for example, your washer breaks or you develop a leaky pipe), the costs associated with buying a house tend to be a lot higher than people think,” says Palmer. “Especially for people who were previously renting, who had a landlord they could pass along their costs to.” Once you’re the homeowner, there’s no one else to turn to, so you’re the one who has to break out the checkbook when it comes time to replace appliances, hire repairmen, etc.

3. Not factoring in all of the other miscellaneous home-related expenses that go along with moving into a brand new space. “Decorating, new furniture, painting, renovations (big and small) — those costs can really add up,” says Palmer. “It takes a lot to create the home you had envisioned when you purchased the house.”

4. Forgetting about what’s on the outside of the property as well as what’s on the inside. Many potential homeowners don’t realize how costly it can be to maintain the exterior of a home and its surroundings, from mowing the lawn to cutting down dead trees to fixing a broken fence. You’ll need to be sure to put money in the budget for all those weekend trips to Home Depot.

5. Not heeding the tax man. Yes, buying a house means you’ll be paying more taxes. Sure, they’re built into the mortgage, but they’re still there and they’re still something a lot of people don’t consider when contemplating how much house they can afford. “Property taxes vary according to where you live, and in some areas are quite pricey,” says Palmer. “And they can also go up over time.”

Before you buy, do your research, know your financial situation, and be prepared. Doing so will save you time, money, and heartache.