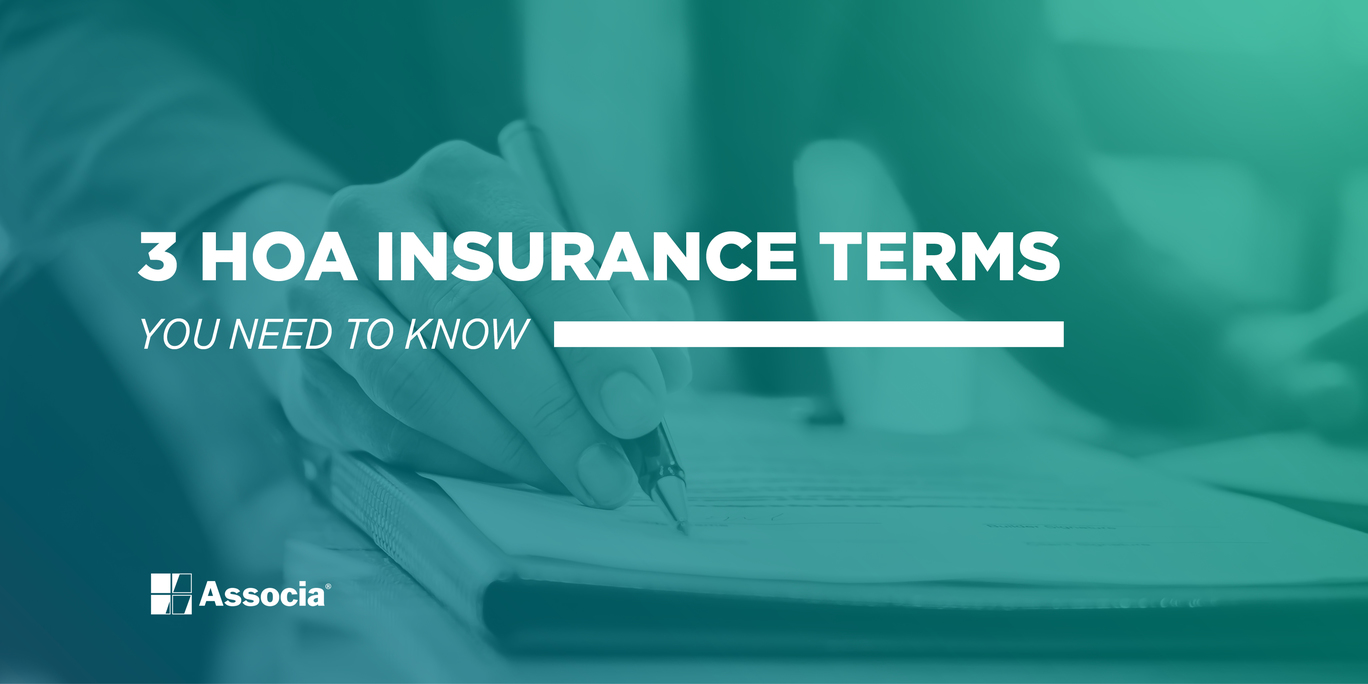 With all the carriers, agents and policy options and terminology, HOA insurance can be a confusing subject for many people. Knowing these HOA insurance terms will help you better understand some aspects of the insurance process your association goes through to protect your community’s assets.

A Broker of Record Letter (BOR), or Agent of Record Letter (AOR), is a letter that fires the current agent from the carriers used to insure a community and allows another agent to represent those same policies and carriers going forward. In addition, a BOR/AOR letter can also be used during the bidding process to allow one agent to have access to a certain carrier, while blocking any other agent from that same carrier.

Unlike personal insurance, in business insurance, once one carrier has a complete submission from an agent, that agent has now blocked any other agent from accessing that same carrier. This practice is common and expected, and the only way for a blocked agent to get around this is by way of a BOR/AOR letter during the bidding process. This means you’re releasing one agent from approaching a certain carrier and allowing another one to represent that carrier.  Most times this only affects an agent working with one specific carrier, not all insurance carriers.

Assigning markets occurs when a community manager or board allows multiple agents to pre-select the carriers they choose to approach on behalf of a community. This approach is typically selective and balanced and allows multiple agents to speak with their specific markets or carriers without stepping on each other’s toes. Once the agents have elected their markets, any other carrier they might approach outside the listed or chosen carriers is on a first come, first serve basis.

Once there is a list of assigned carriers, any other carriers they look to access would essentially be up for grabs. This allows for a more level playing field between all competing agents, and if done properly, can certainly produce a more effective outcome. However, depending on your location, this process may be more difficult. For example, in Florida and the Texas Gulf area, it can be done, but it may be more challenging to assign markets (especially property carriers) since there are very few carriers who wish to write hurricane coverage.

Ideally, the current agent should approach multiple carriers on behalf of the community when it comes time to shop an account. While some boards wish to shop every year, most boards (per their governing documents) are required to shop their insurance every two or three years. Most agents will tell you that shopping every two to three years is more than sufficient if there are no significant issues with losses, rates or coverage.

Shopping and moving coverage too often can push potential carriers out the door. If an insurance carrier writes an account one year and loses it the very next year for what they feel is no good reason, then they could decline to bid your community again in the future. Remember that carriers are also looking for a partnership with the communities and boards in which they insure - just be careful when making the decision to shop.

Blocking markets can also be used negatively by an agent. Some agents will simply block carriers from other competing agents with no intention of actually getting a viable bid.  While it’s not common, it should be mentioned. This is why assigning markets is a great solution, especially for larger communities with plenty of amenities, members, larger values and paying tens of thousands of dollars in premiums each year.

Also, keep in mind that not every agent has access to the exact same carriers.  If this is the case, then one agent can’t block another agent from a carrier they don’t have a contract to do business with. For instance, if Agent A doesn’t have a relationship (or contract) to do business with Travelers, then there would be no way Agent A could block another agent from accessing Travelers for a quote. However, if Agent A and Agent B both have access to Travelers, then the first party to submit a complete proposal request (usually an application with complete loss history) to their Travelers contact locks up that carrier.  The other agent would then be “blocked” from using Travelers (unless, of course, they get the client, board or community manager to sign off on a BOR/AOR letter).

Have an HOA insurance question for Bo? Share in the comments and Bo will cover it in an upcoming blog post!